Around 3,000 dairy farmers from across eastern Ontario and Quebec took to the streets outside of Parliament Hill in protest on Thursday, June 2 2016.

The protest began around noon with tractors lining Wellington Street on the opposite side of Parliament before more tractors joined the other lane, blocking all traffic. Protesters then moved to the Parliament Hill itself.

One of the main issues the farmers marched against is the regulation allowing diafiltered milk, a powdered protein, into Canada. The powder is not subject to the high importation tariffs of regular dairy products.

Dairy farmers also held a protest in September 2015 against the Trans-Pacific Partnership (TPP) before Canada had joined the partnership in early 2016. 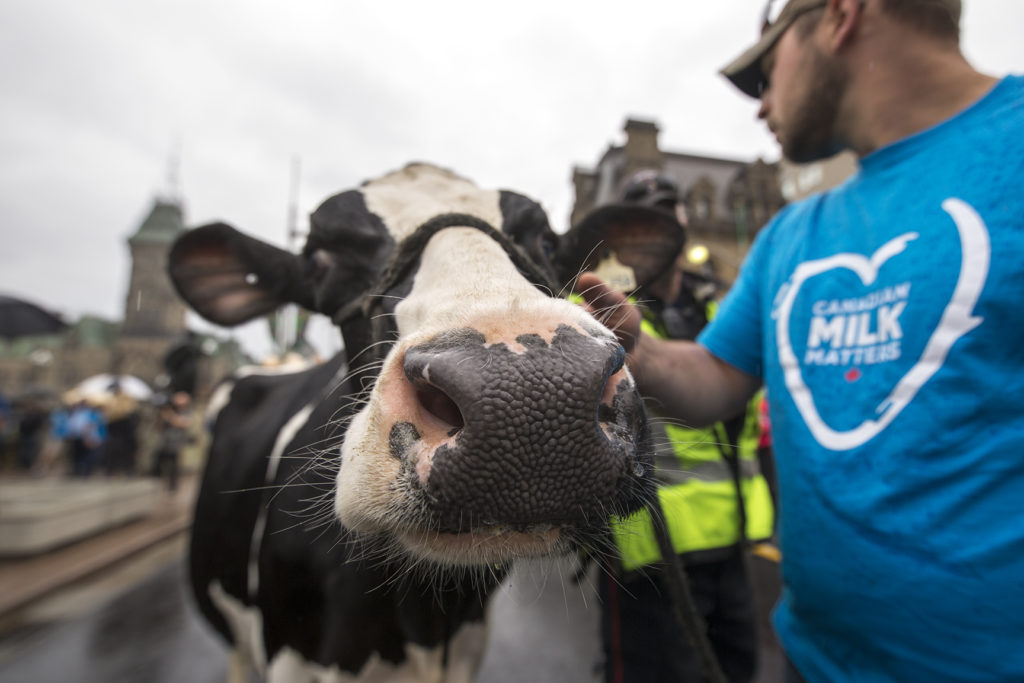 Ninja the cow protests outside Parliament once again. 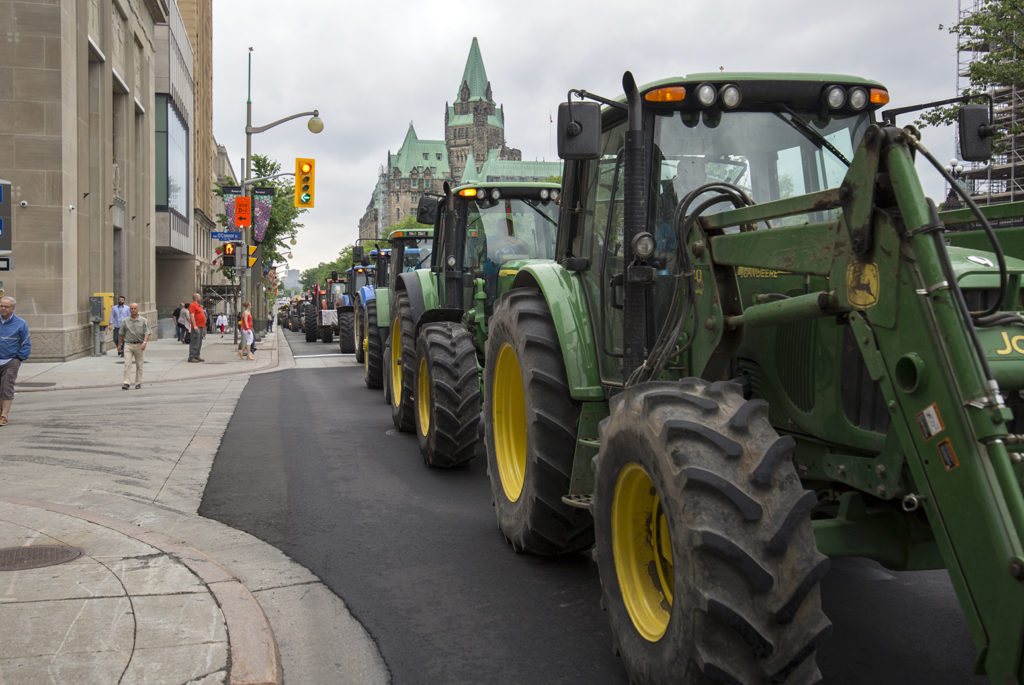 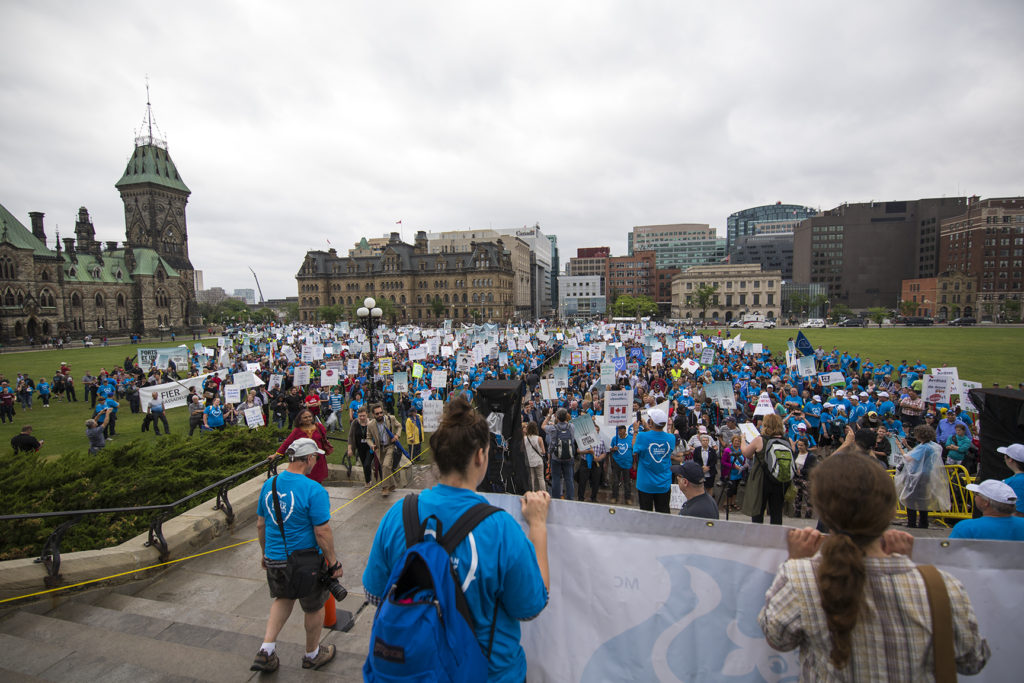 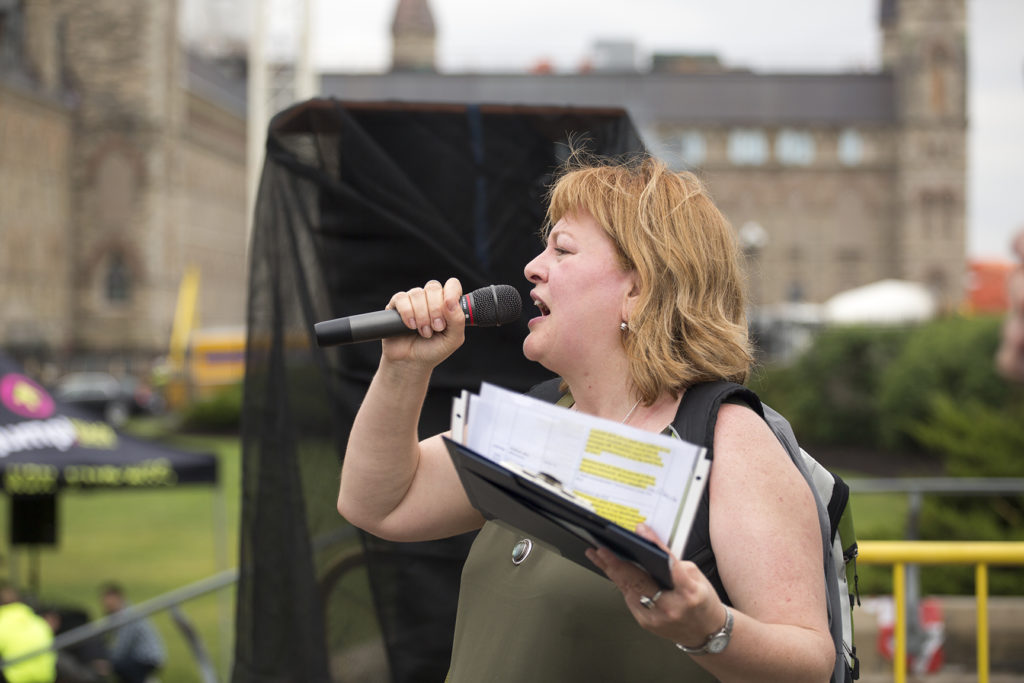 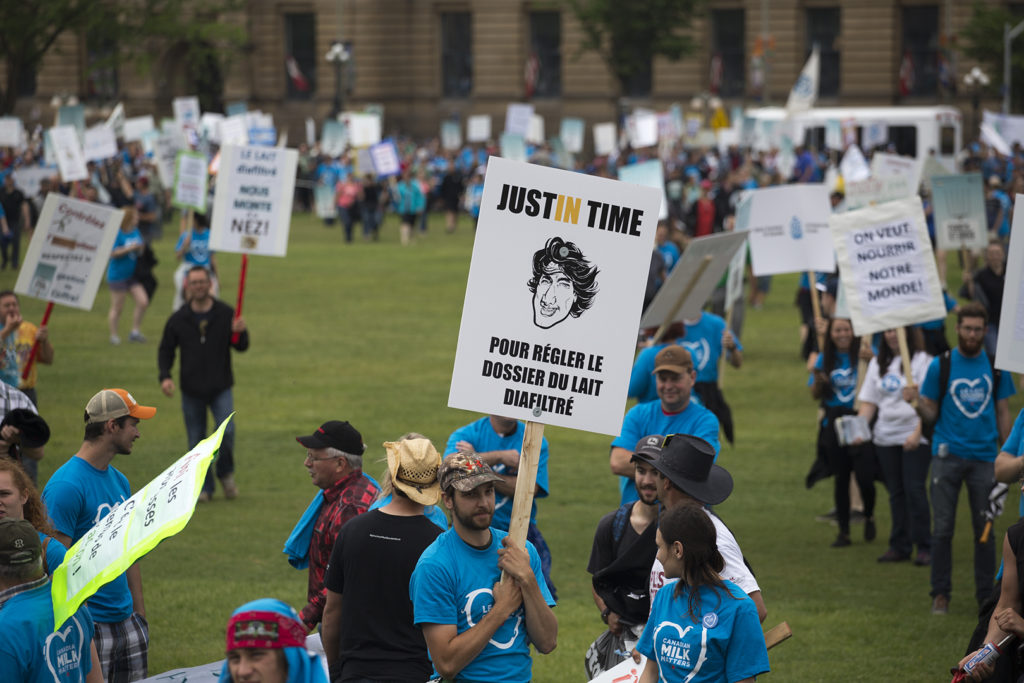 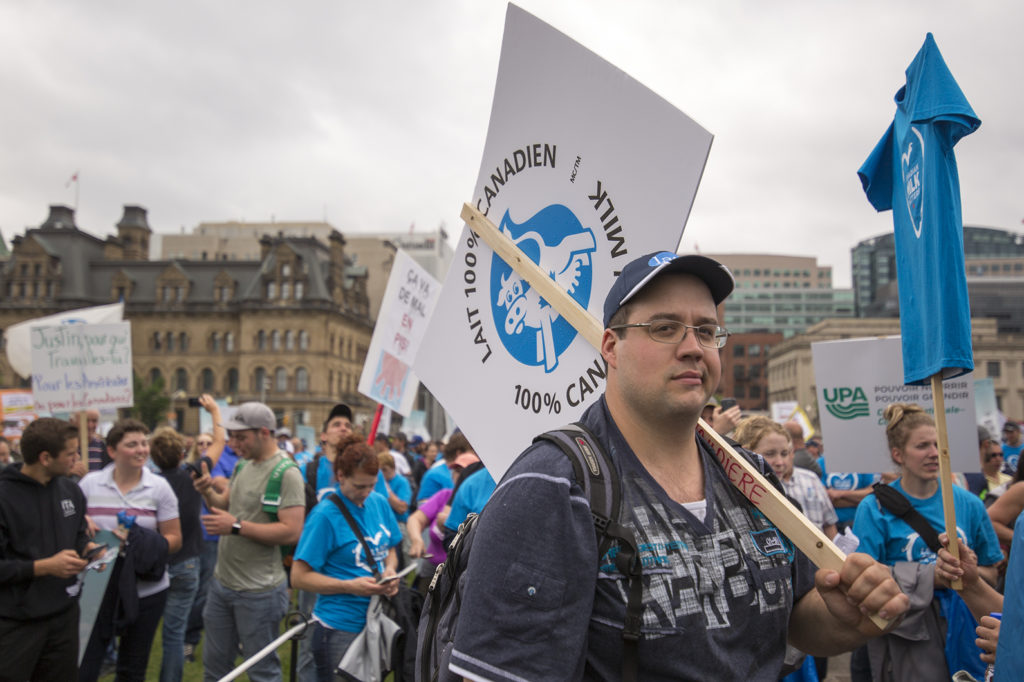