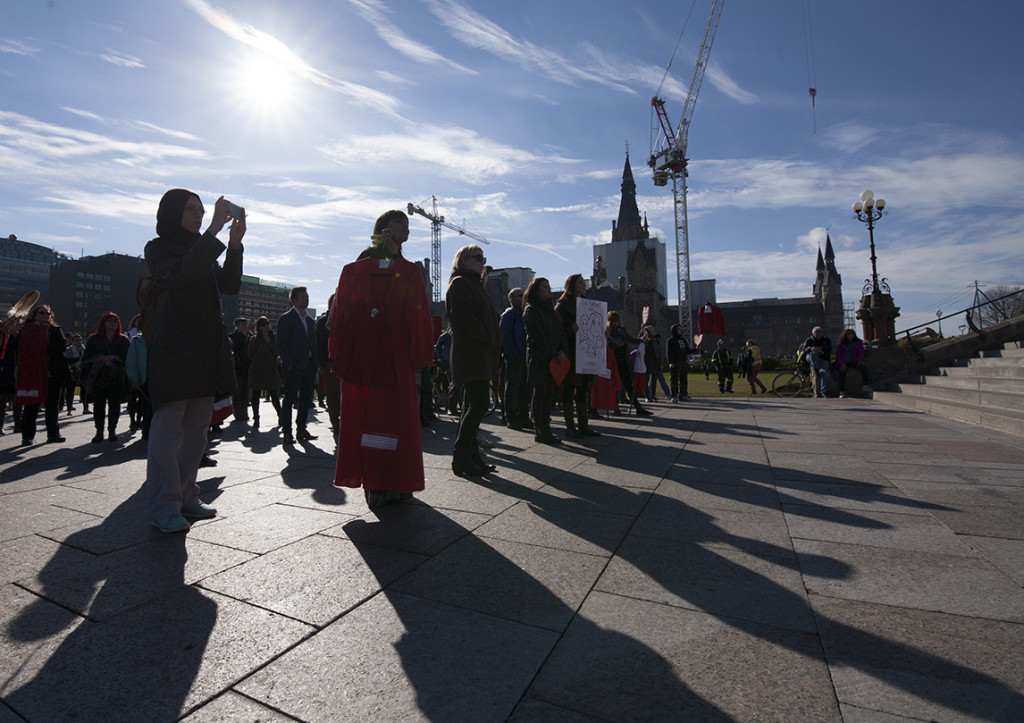 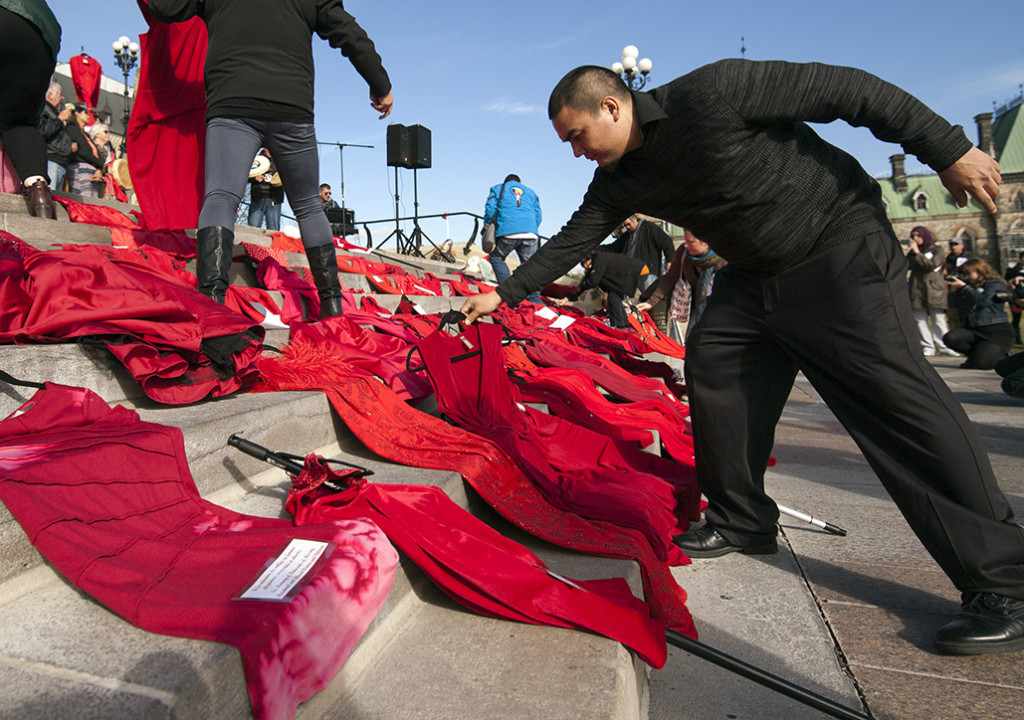 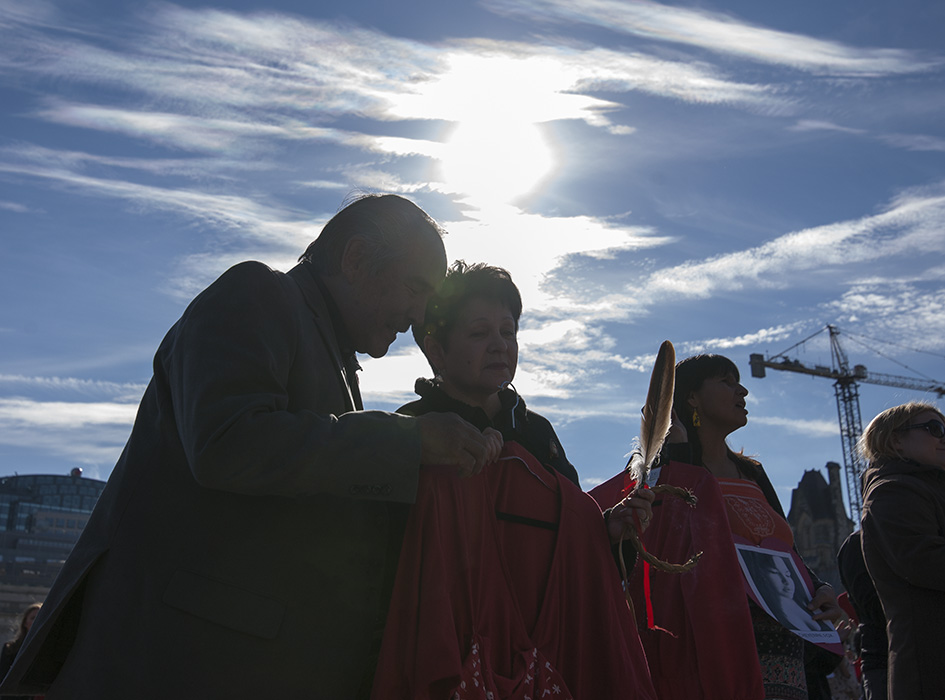 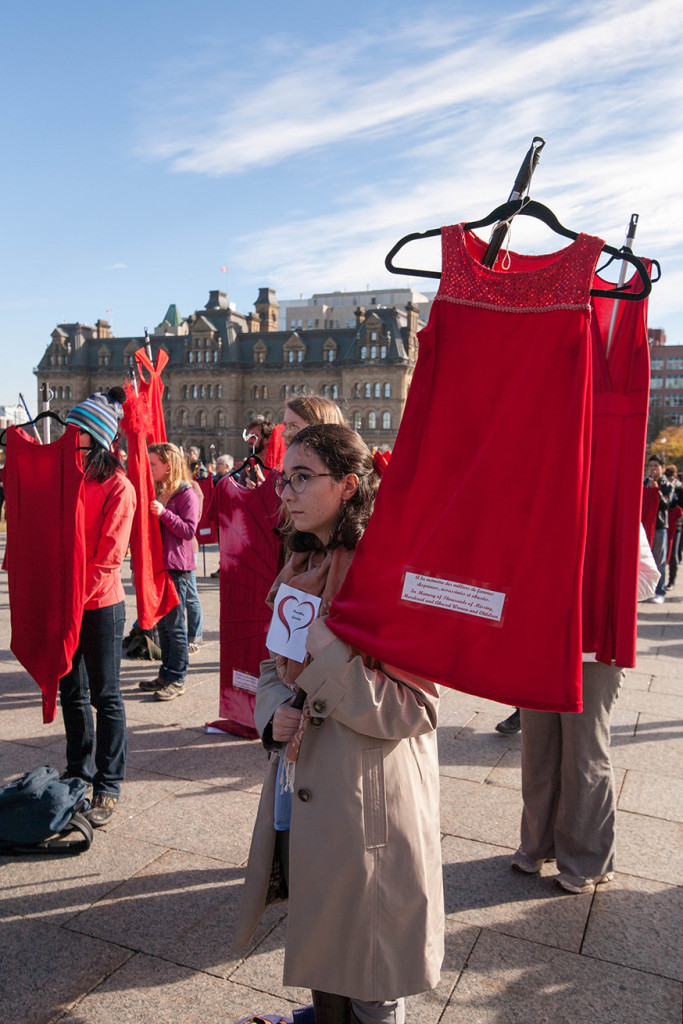 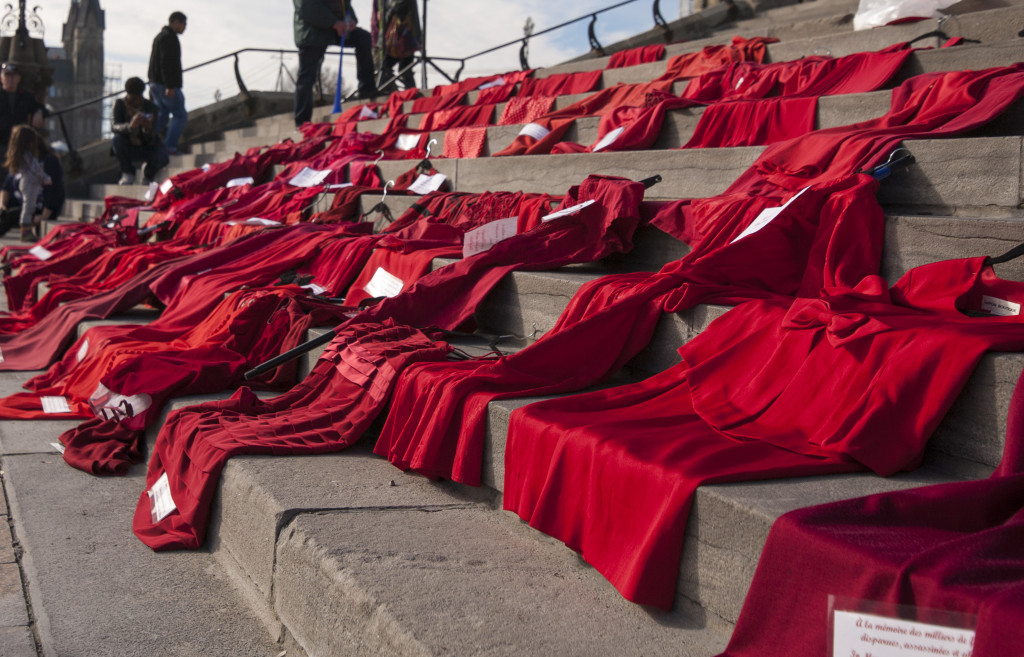 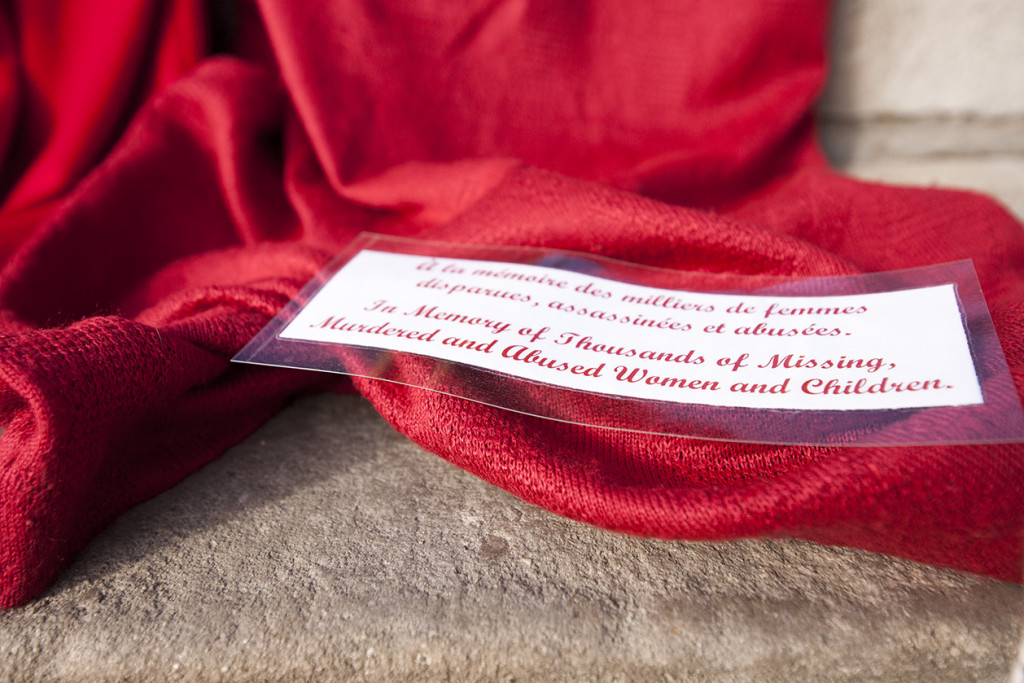 This time the focus was also on the recent investigation into sexual and physical violence against indigenous women by Val-d’Or, Quebec police.

With the newly elected government, speakers called on Prime Minister-designate Justin Trudeau to keep his election promise of an immediate inquiry into missing and murdered indigenous women.

The rally finished with supporters laying the red dresses on the steps of Parliament.