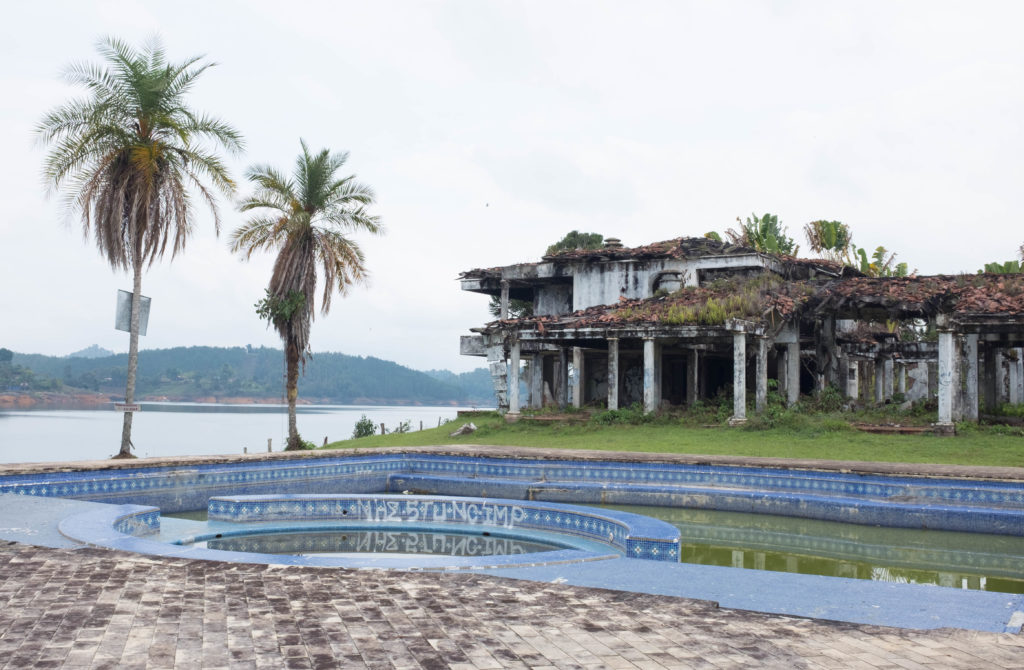 Pablo Escobar’s bombed out mansion near Guatapé, Colombia. This building, one of many Escobar owned, was hit by a bombing during construction. Escobar is believed to have stay at this property on three occasions. After being seized by the state, it was sold and is now used as a tourist attraction which features tours, a bar and paintball. March 17, 2016. Brendan Montgomery/Captis Photos