Roughly 200 protesters gathered at Major’s Hill Park before marching to Parliament Hill and down Elgin Street to the Human Rights Monument Sunday to show support for the Black Lives Matter (BLM) movement in the U.S. and Canada. The group stopped and linked arms along the wall outside of Parliament Hill to stand in solidarity with other protests happening throughout North America in response to Remigio Pereira changing the O Canada lyrics at the Major League Baseball All-Star Game last week. Pereira reworked the lyrics from, “With glowing hearts we see thee rise, the True North strong and free,” to, “We’re all brothers and sisters, all lives matter to the great.”

Sunday also marked the anniversary of the death of Eric Garner, who died two years ago in New York City after being put in a strangle hold by a NYPD officer. 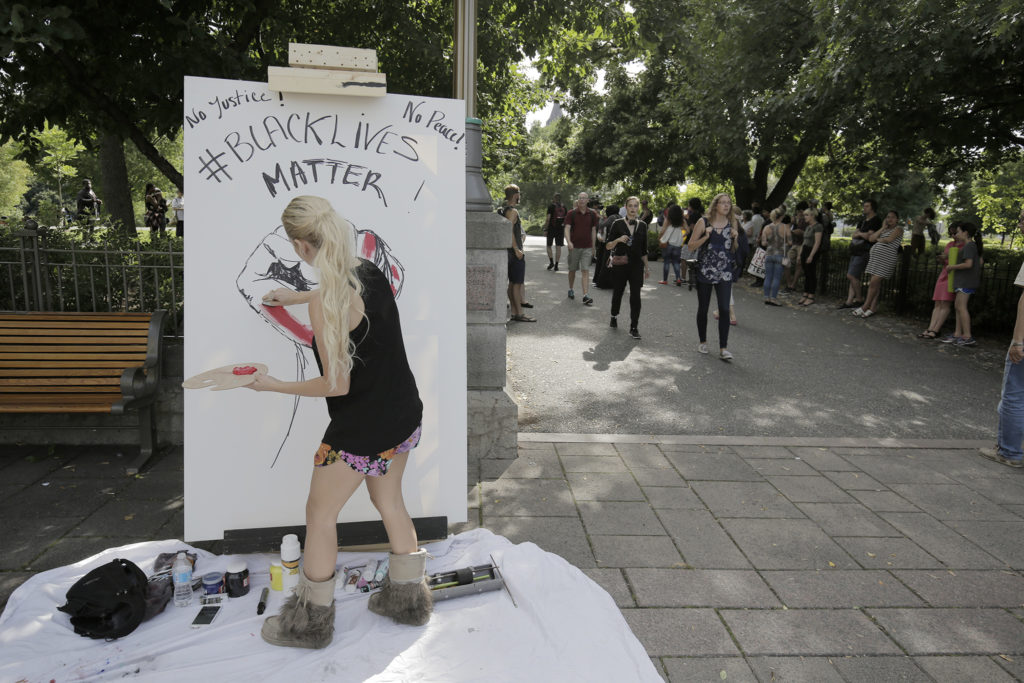 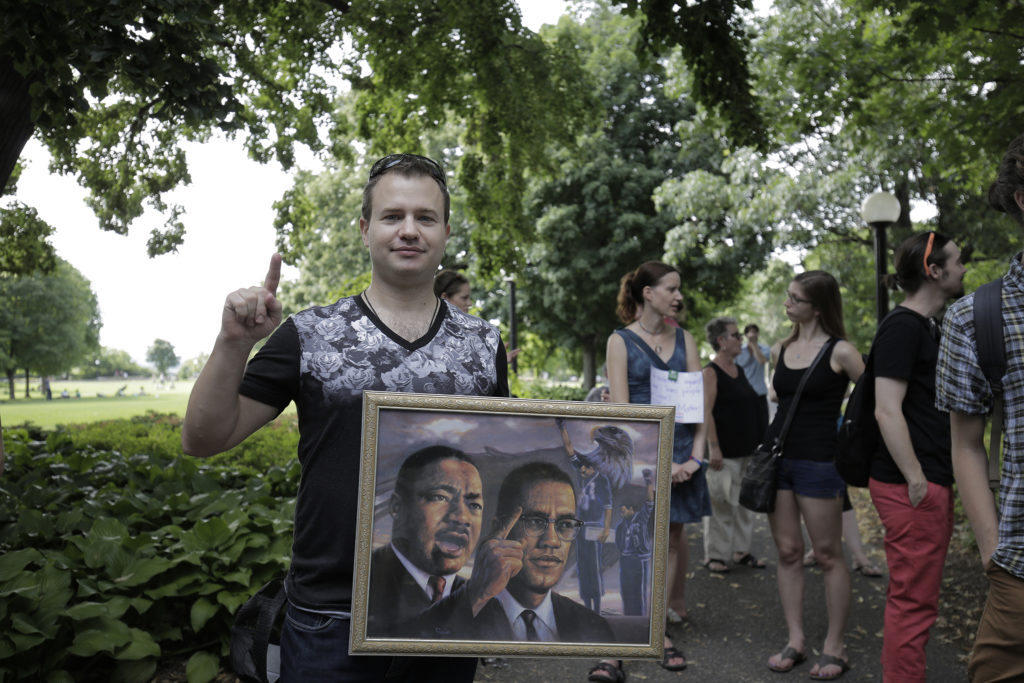 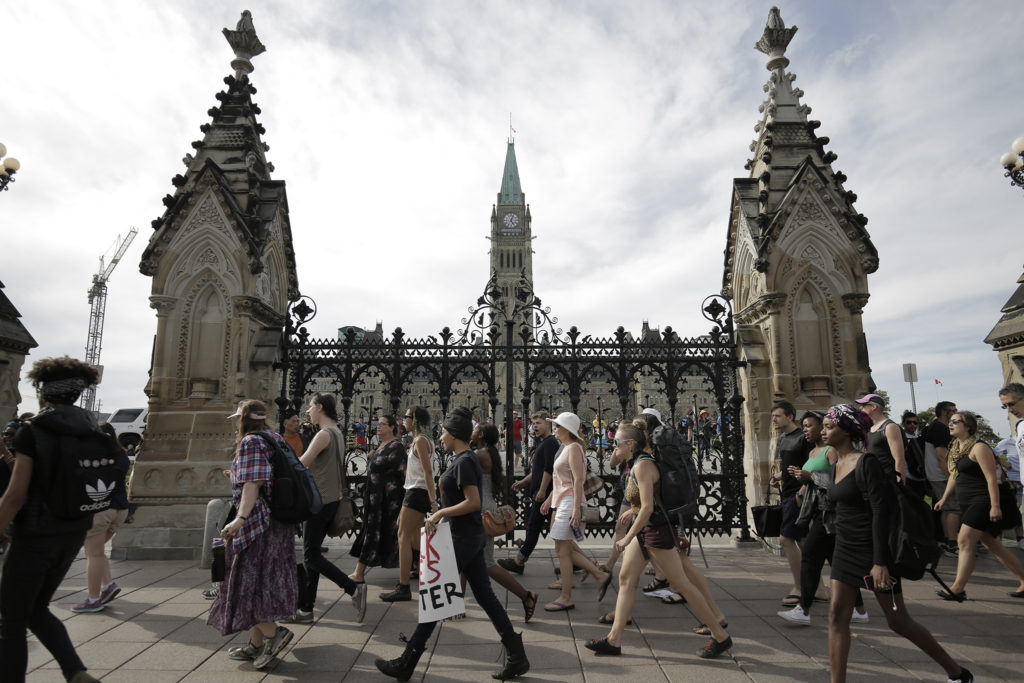 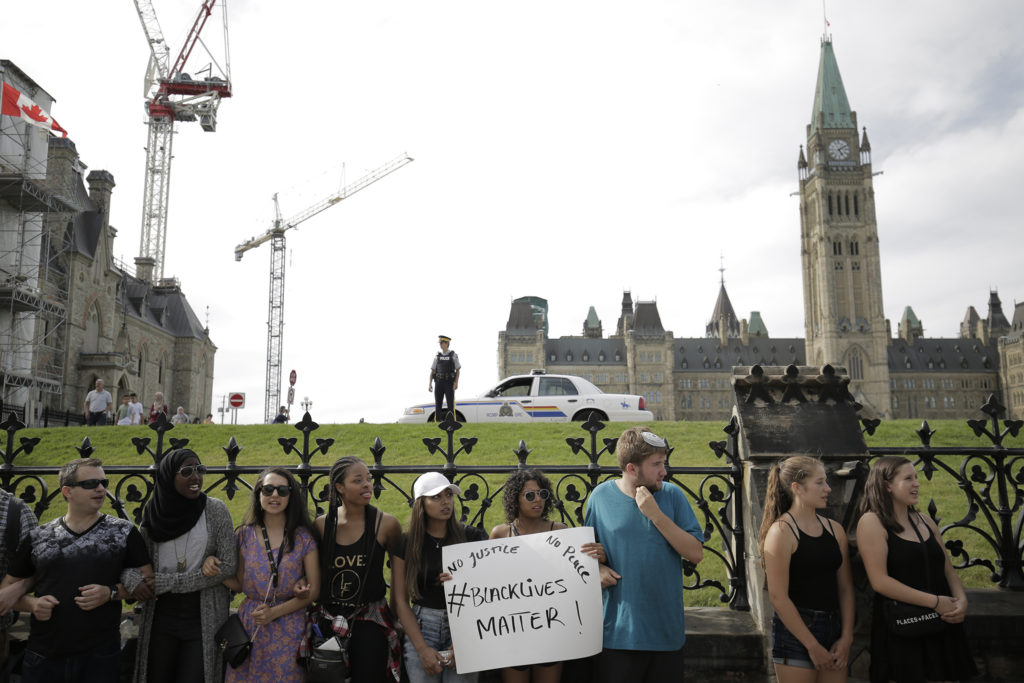 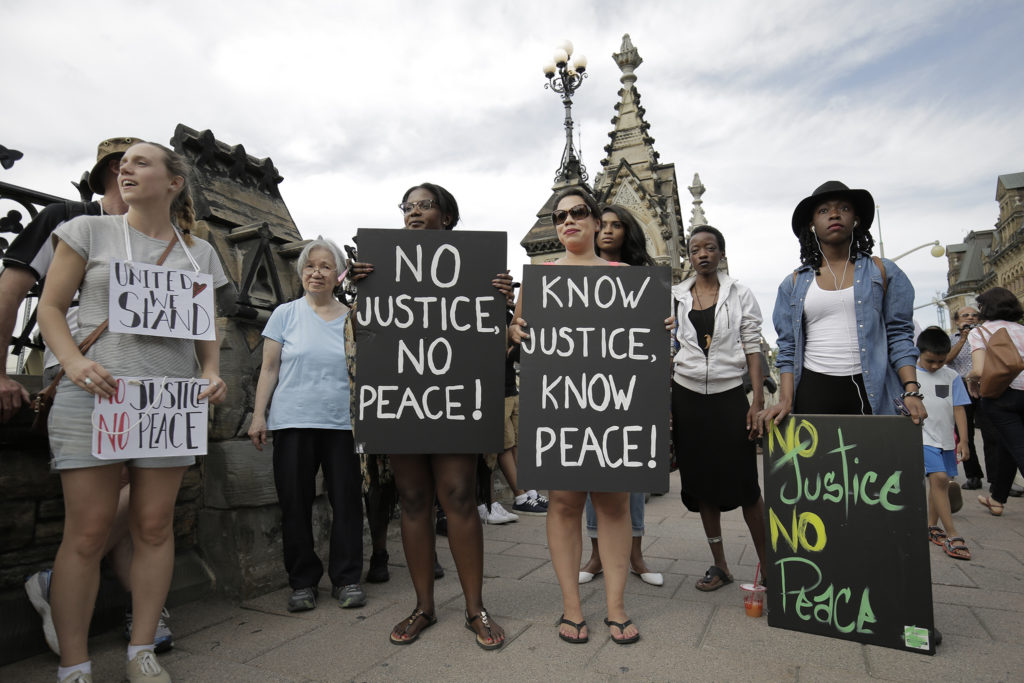