Students from the Student Federation of the University of Ottawa (SFUO) marched in support of Black Lives Matter Toronto (BLM-TO) from Campus Station to City Hall. They entered City Hall and caught security off guard, causing the council chambers to be put in lockdown and multiple police officers to respond.

Vanessa Dorimain, vice-president of university affairs for the Student Federation of the University of Ottawa, said they wanted the city’s support for the Black Lives Matter movement in Toronto.

“We have people here in the city who have experienced police brutality, they experience carding from the police and that has never been mentioned from the city, from the mayor, from the councillors, nothing like that. This is a real issue here in Ottawa, too, and this needs to be addressed. These people are not here out of vain. This is not here to be a show. This is real life for a lot of us.”

However, the situation quickly de-escalated when Somerset Councillor Catherine McKenney came and talked about the defacing of a Black Lives Matter mural on Somerset Street last year. The protesters slowly left the building shortly after. March 23, 2016. 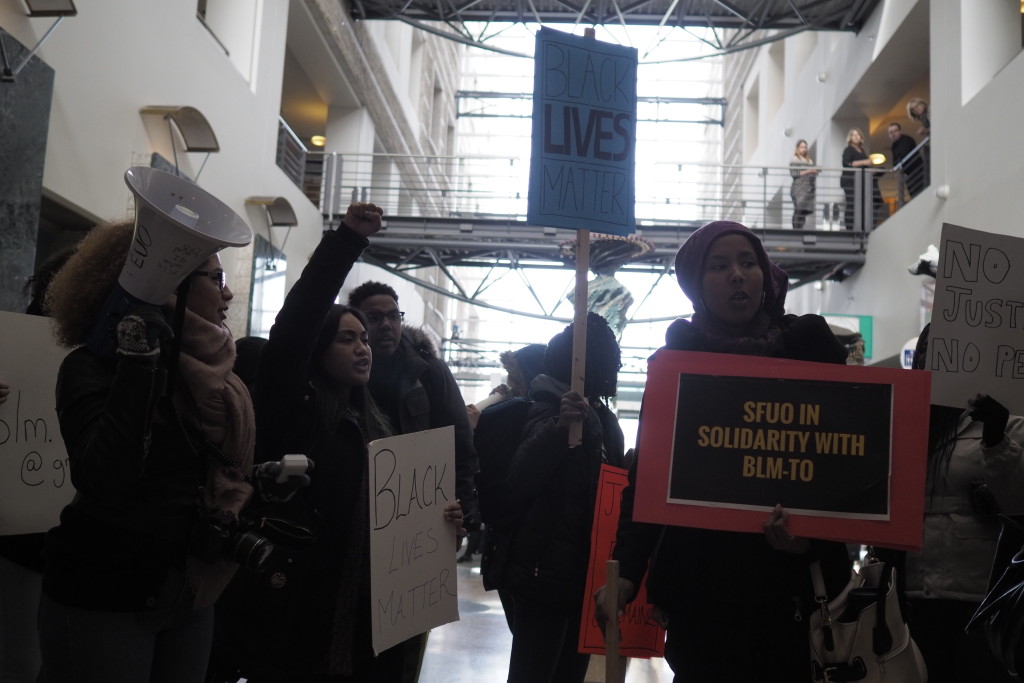 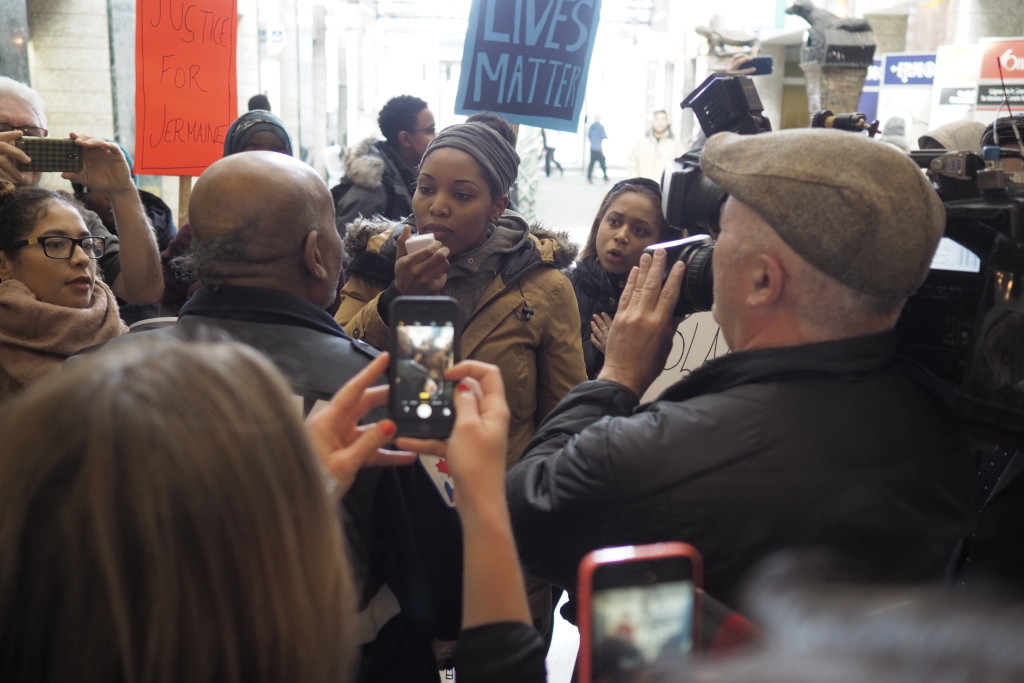 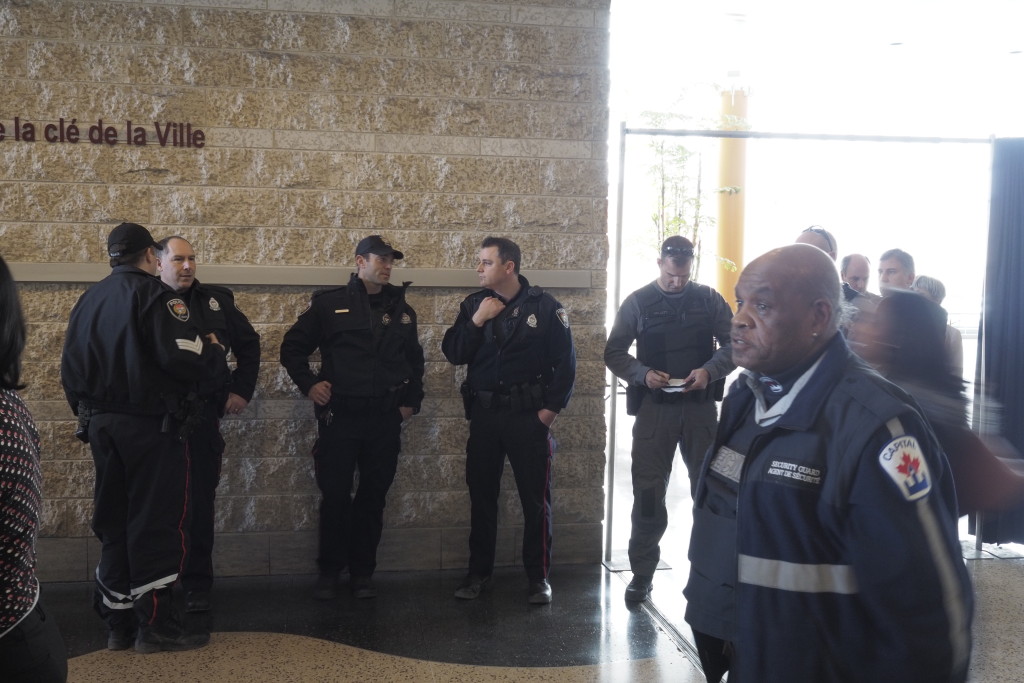