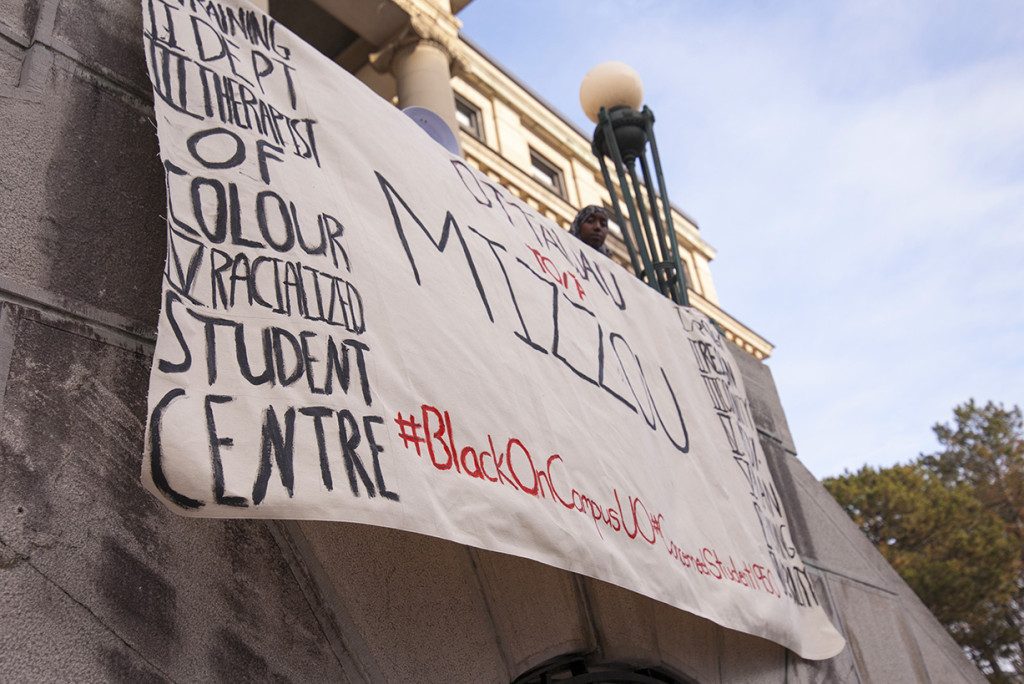 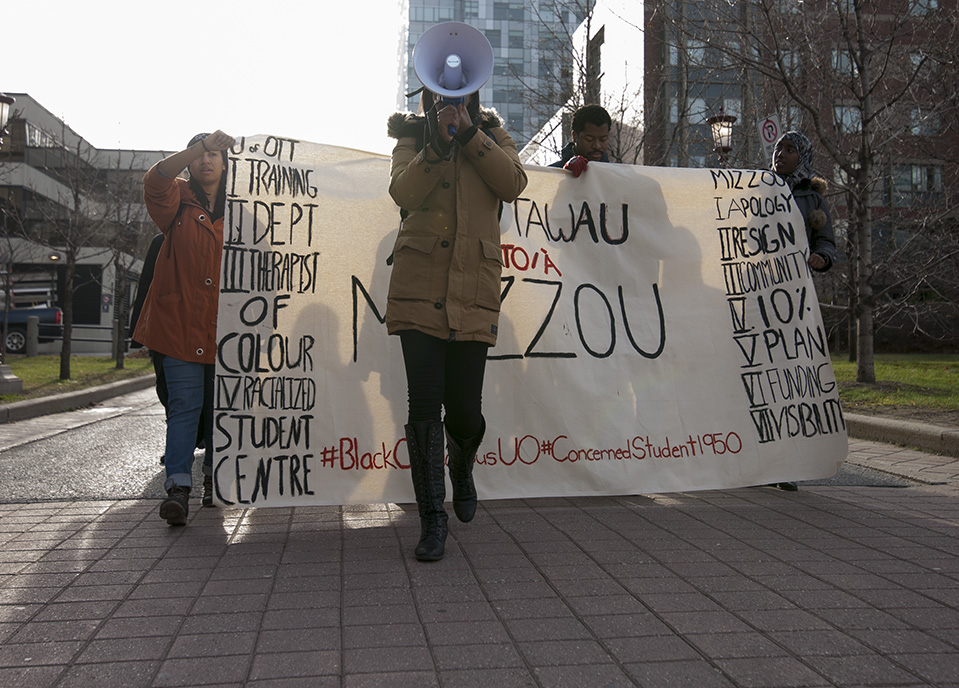 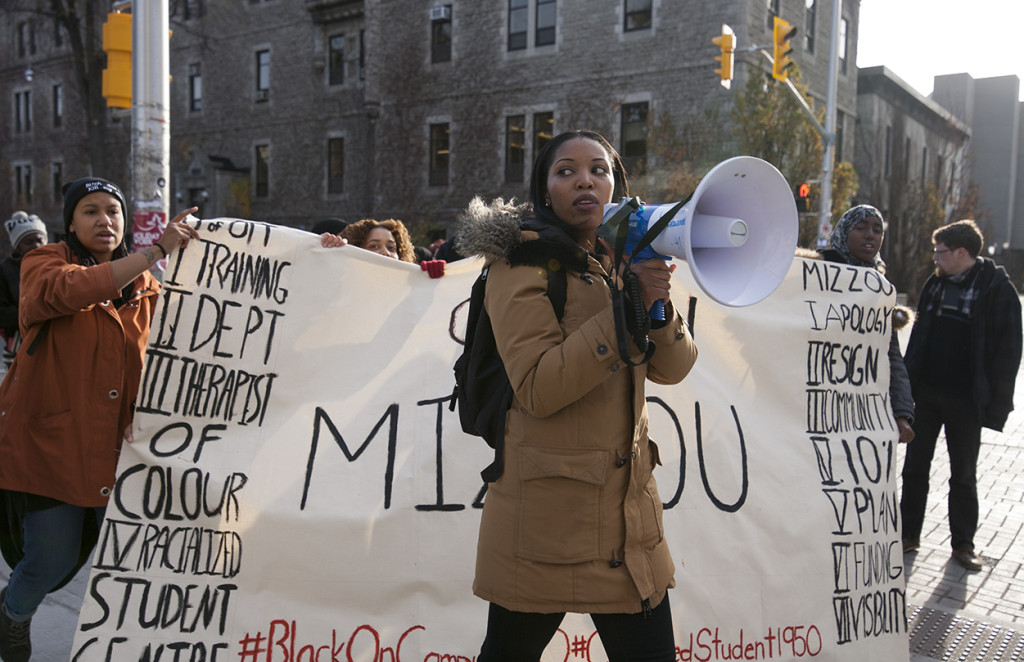 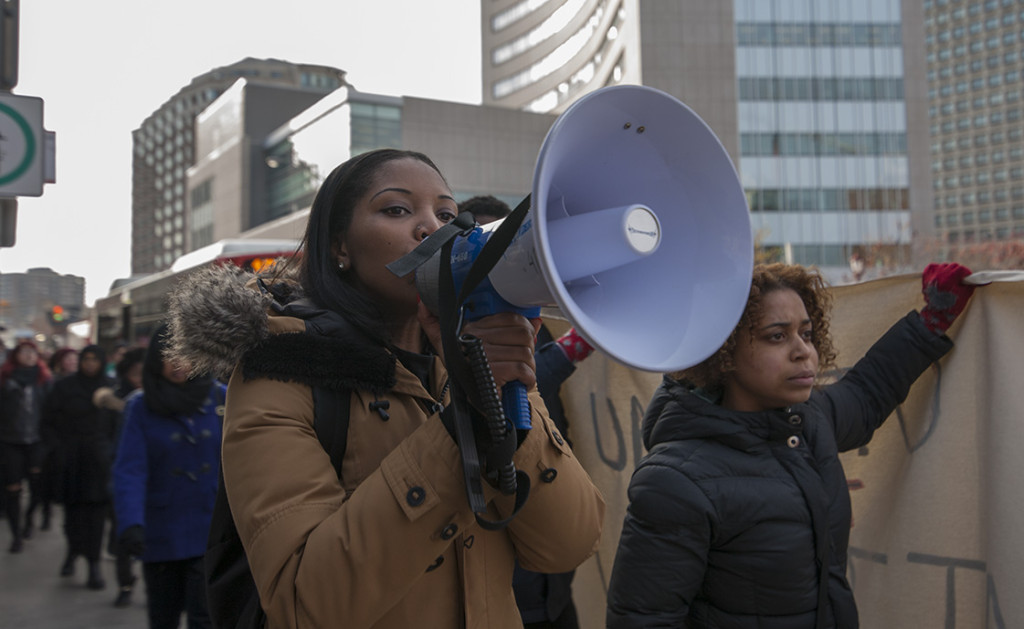 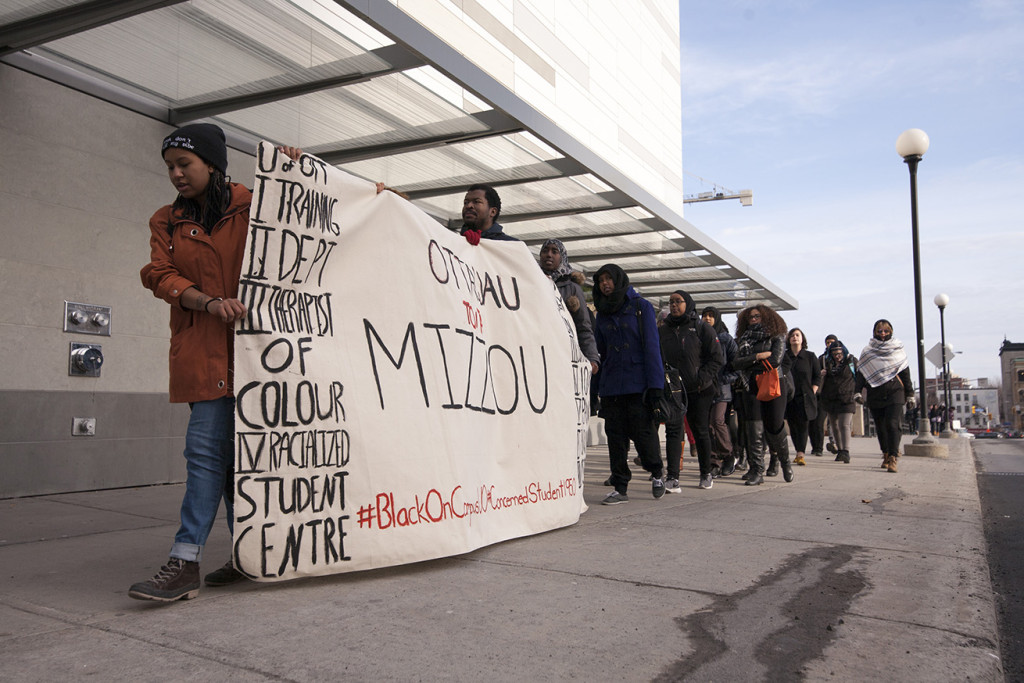 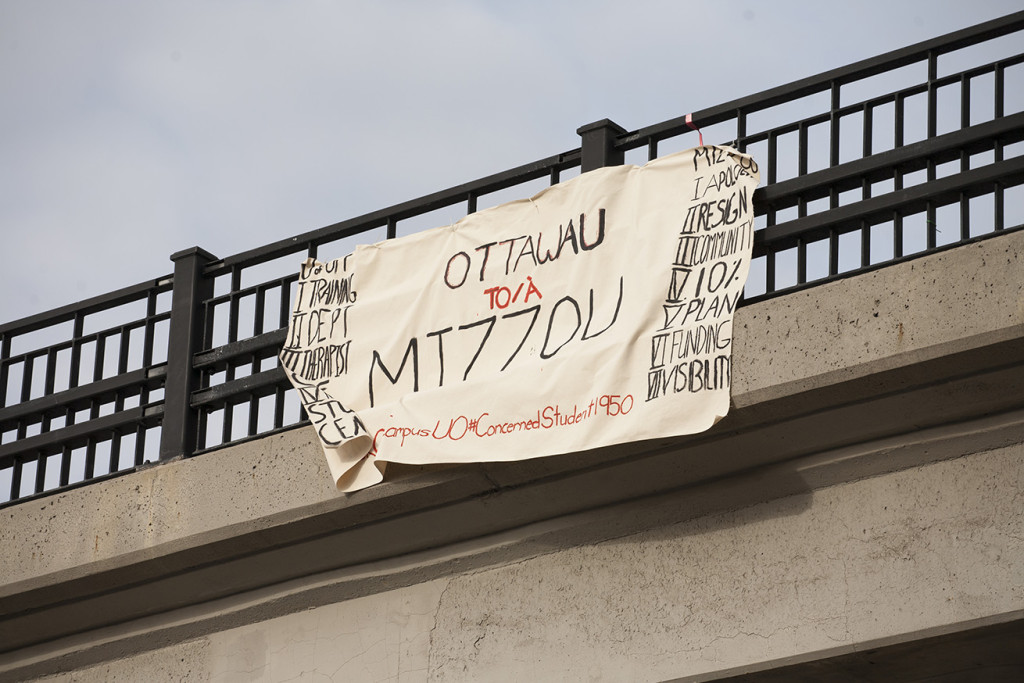 The march began outside Marion Hall, lead by VP of university affairs Vanessa Dorimain,  and proceeded across campus while she and participants announced the demands of the university. The group stopped at Tabaret Hall, where participants draped the banner “OttawaU to/à Mizzou” while speaking and then continued across Mackenzie King Bridge, where the banner was hung.