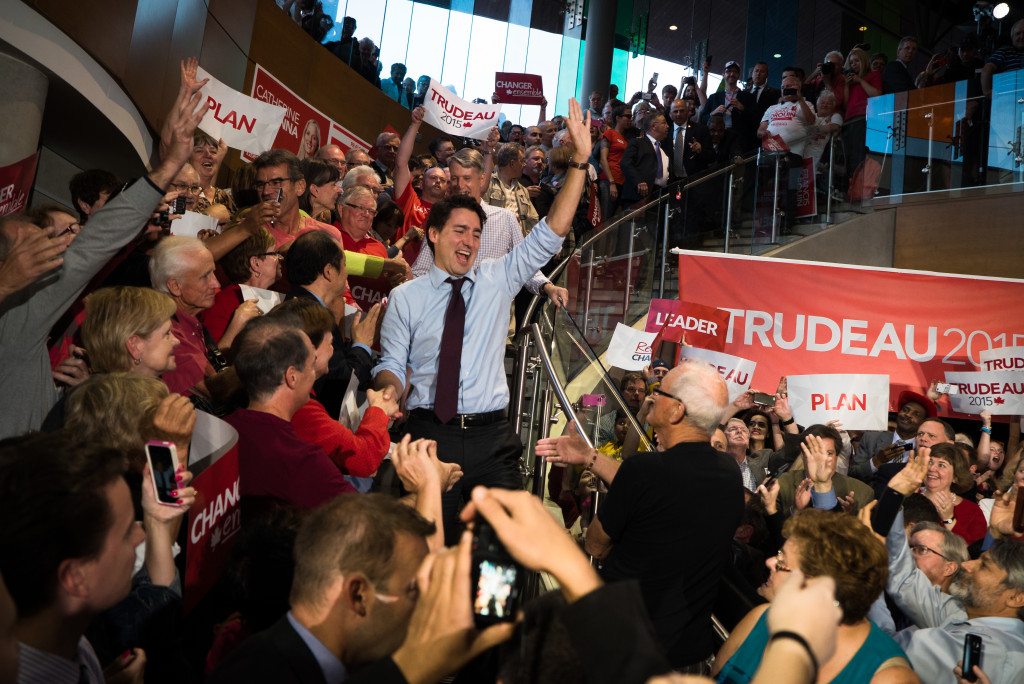 What’s in store for Canadians following the election of the majority Liberal Government? We take a look at a few of the election promises made by Prime Minister-designate Justin Trudeau and his party. 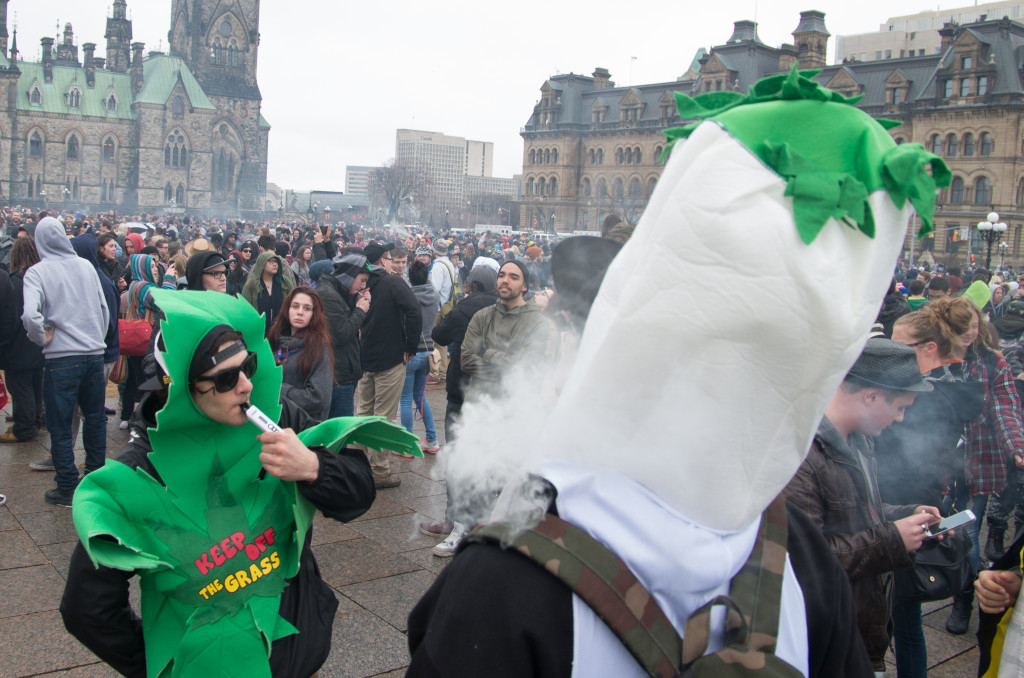 Trudeau has said he will work to legalize and regulate marijuana. The Liberals believe that the current laws are making it easier, not harder, for minors to access the substance and leading to profit for organized crime. 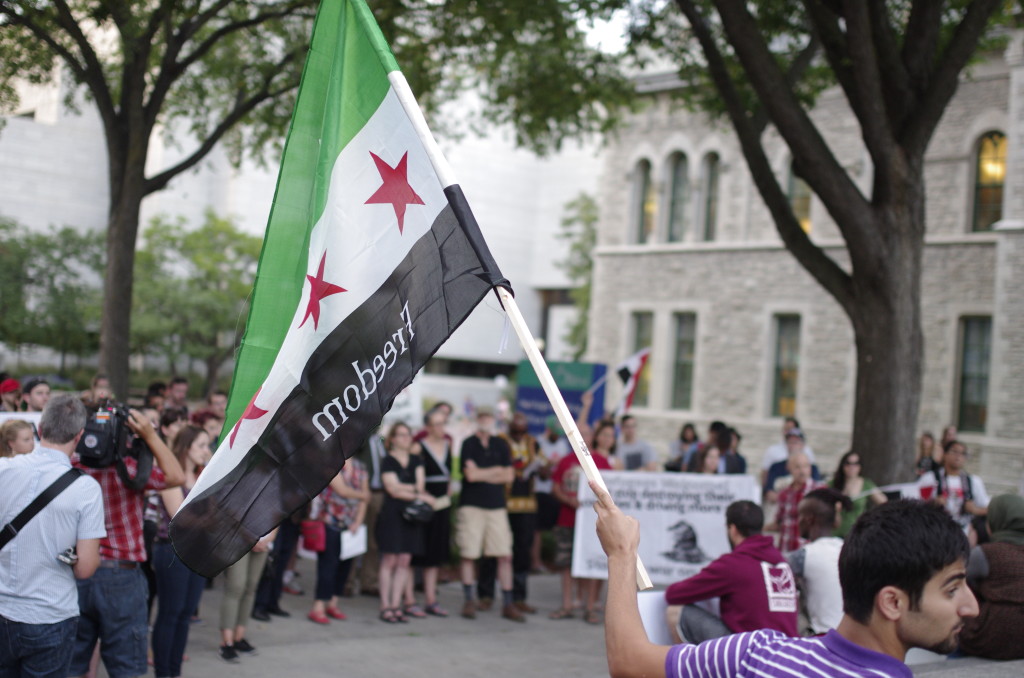 Around 100 people gathered at the Human Rights Monument on Elgin Street to call on the Government of Canada to do more to assist refugees affected by the Syrian conflict. September 17, 2015. Captis Photos/Brendan Montgomery

Trudeau has said that he will address the current Syrian refugee crisis by immediately accepting 250,000 Syrian refugees and spending $250 million  “to increase refugee processing, as well as sponsorship and settlement services capacity in Canada.” 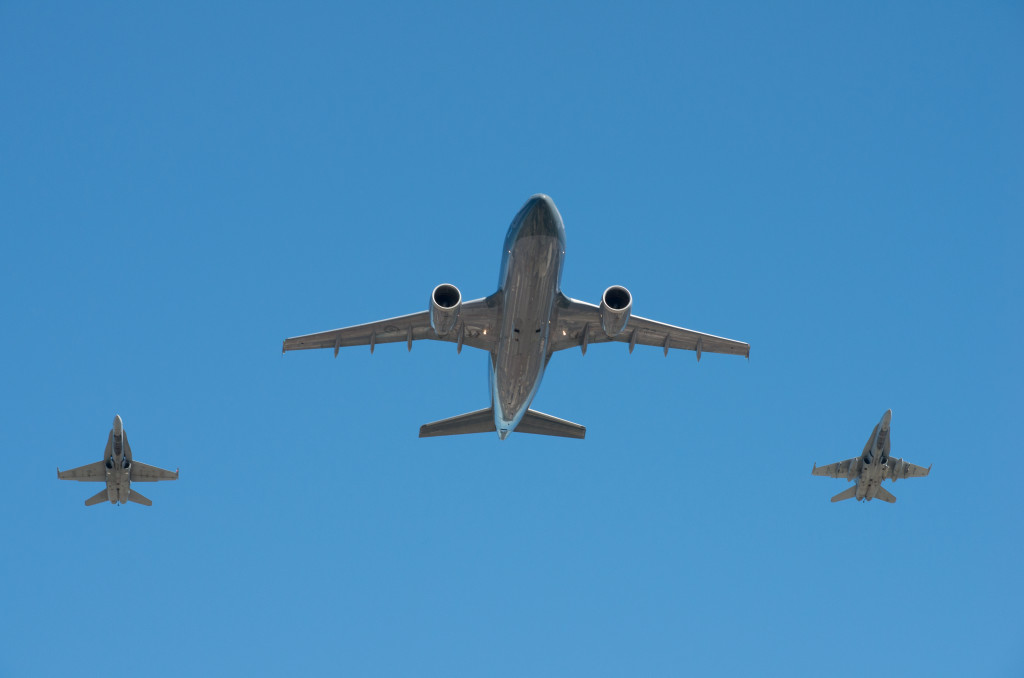 With costs soaring on the F-35, Trudeau has said he will scrap the deal to replace Canada’s current CF-18 fighter jets with a cheaper plane. The money saved would then go towards building arctic patrol vessels for the Navy. 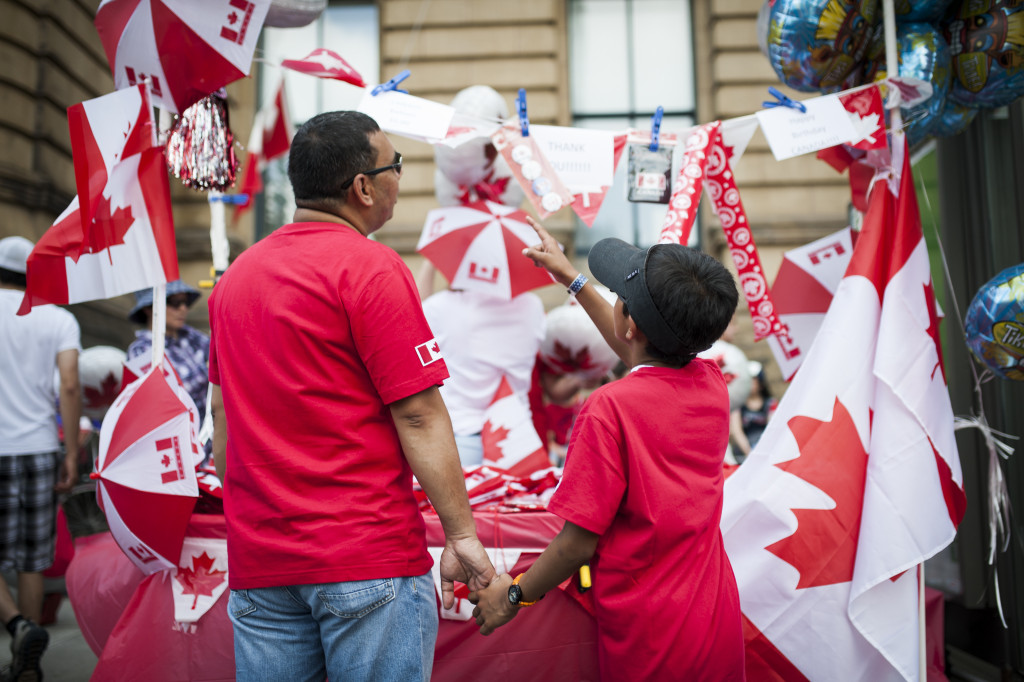 Middle class Canadians are due to receive a tax cut of 1.5% under Trudeau, while wealthier Canadians can expect to see taxes go up to cover these cuts. 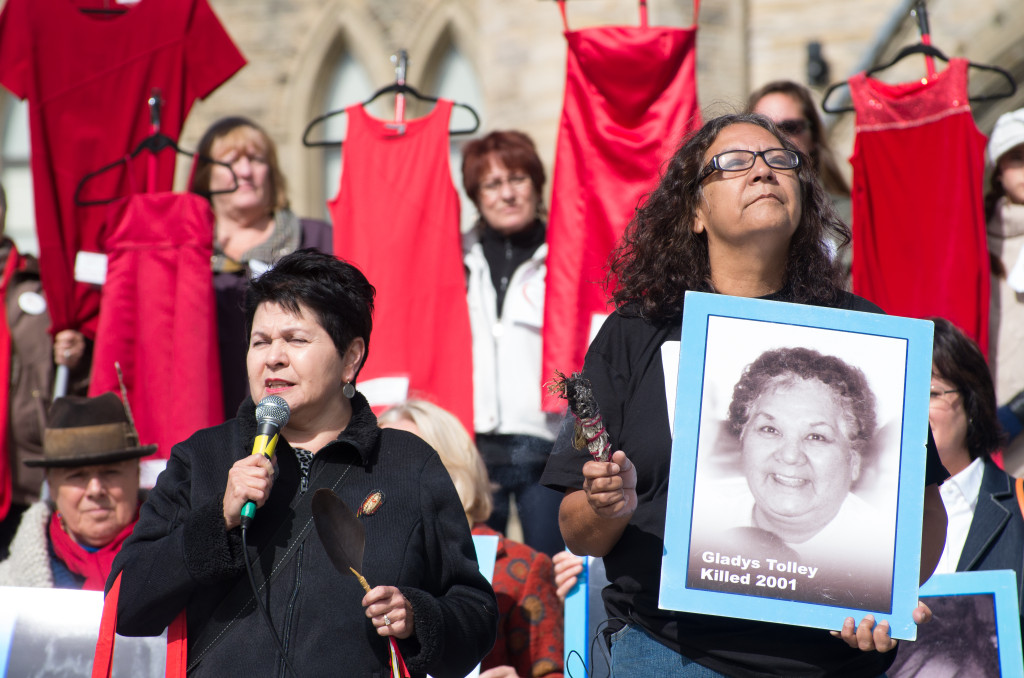 People gathered on Parliament Hill for an annual vigil remembering missing and murdered aboriginal women. There were several speakers, some of which shared stories of violence against themselves or murdered relatives. October 4, 2015. Captis Photos/Brendan Montgomery

The Liberal government has said that it will launch a national public inquiry into missing and murdered aboriginal women in Canada. Trudeau hopes to find “justice” for the victims and their families. 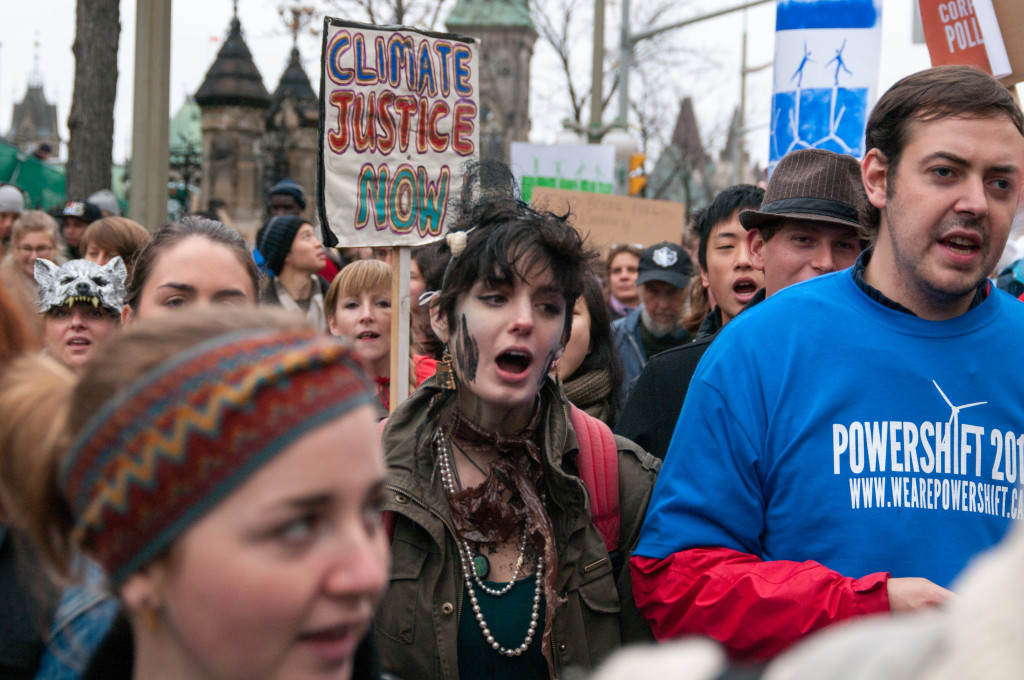 Protesters take to the streets of Ottawa during a march for the environment. October 29,2012. Captis Photo/Brendan Montgomery

The Liberals have promised to invest 200 million in “Clean Technologies”, put a moratorium on tankers on the north coast of BC and repeal cut backs to the Department of Fisheries and Oceans. They also plan on reducing green house gas emissions to a currently unspecified level. 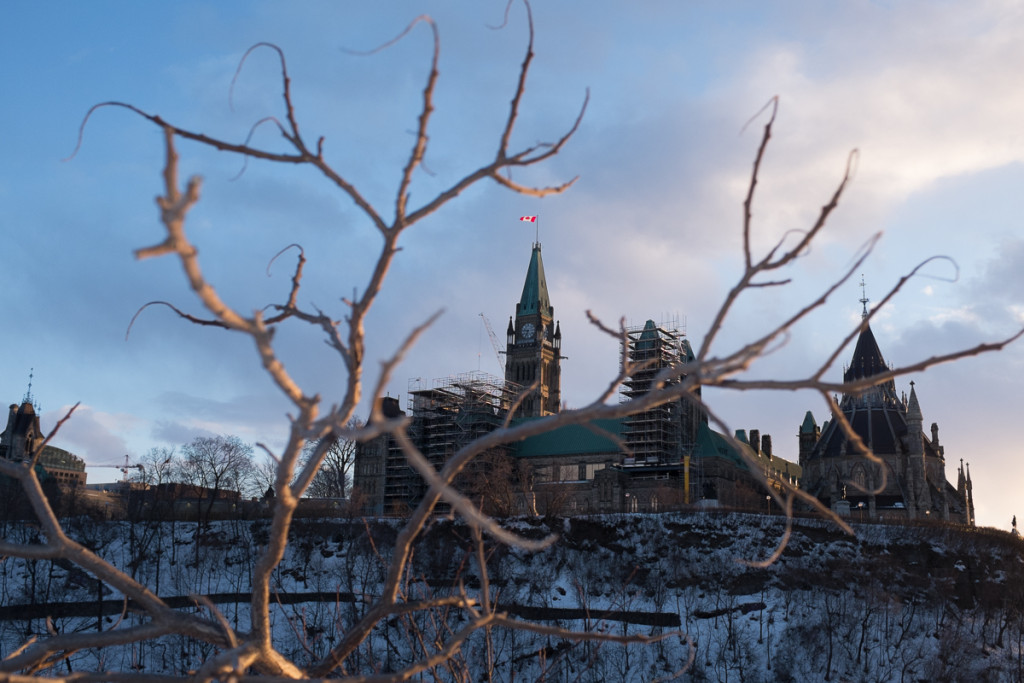 The Liberals have vowed to make changes to government by introducing a proportional representation electoral system for voting Canadians. Trudeau also plans on making changes to the senate by using a merit-based system for appointments. 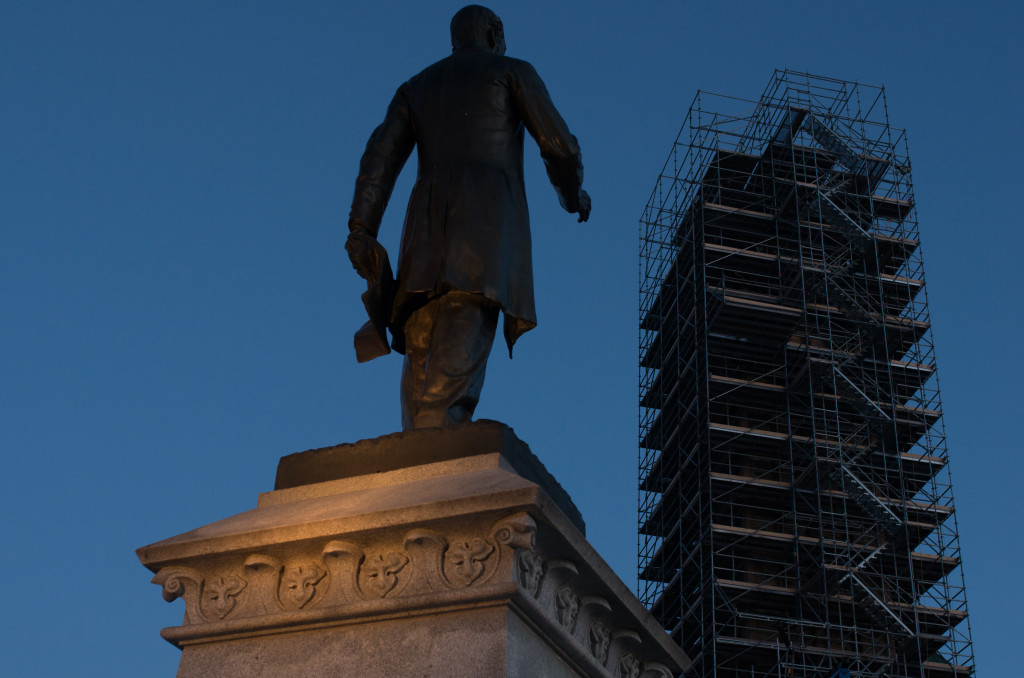 Trudeau is slated to spend billions on infrastructure projects across Canada while running a deficit in an attempt to stimulate economic growth. 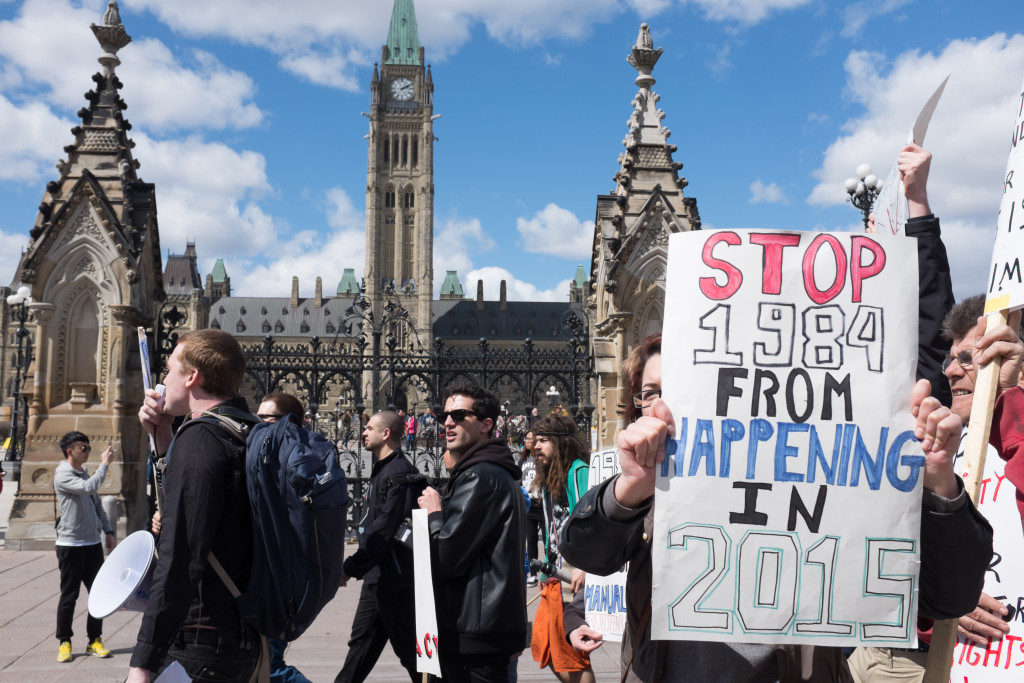 Protesters taking part in the ‘Ottawa Day of Action & Week of Education Against Bill C-51’ gathered outside the Prime Minister’s office before marching through the ByWard Market and onto Parliament Hill. April 18, 2015. Captis Photos/Brendan Montgomery

Despite the Liberals’ support of the Harper Government’s anti-terrorism legislation, Bill C-51, the Liberals have said they will amend the bill to better respect the rights of Canadians.