A ceremony honouring Warrant Officer Patrice Vincent and Cpl. Nathan Cirillo was held at the National War Memorial Thursday morning. Cirillo was gunned down by a lone gunman on October 22nd, 2014 while standing guard at the Tomb of the Unknown Soldier.  Vincent was run down outside a Canadian Armed Forces recruiting centre in St-Jean-sur-Richelieu, Quebec two days earlier. Prime Minister-Designate Justin Trudeau and Outgoing Prime Minister Stephen Harper were both in attendance. Putting aside their differences, they both laid a wreath in front of the Tomb of the Unknown Soldier and spoke briefly. October 22, 2015. Captis Photos/Connor Evans and Jaclyn McRae-Sadik 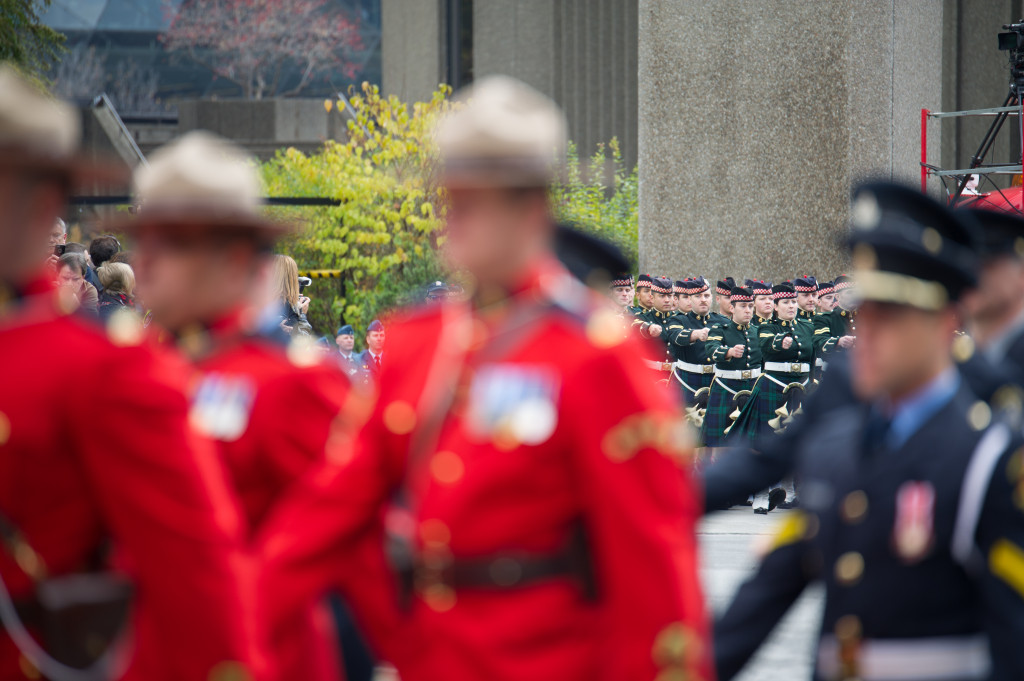 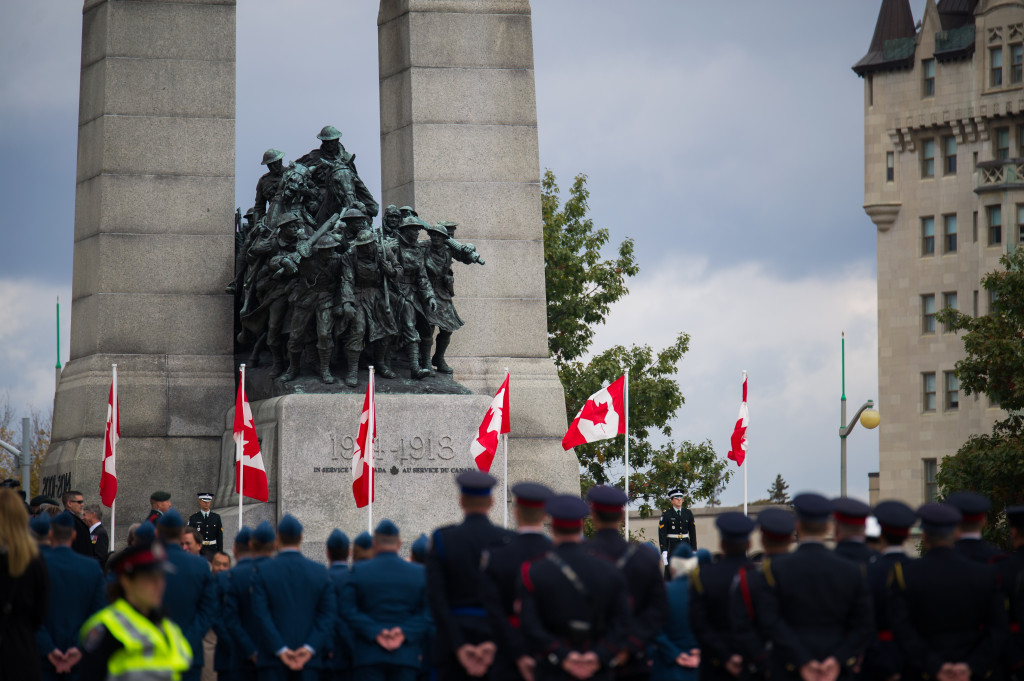 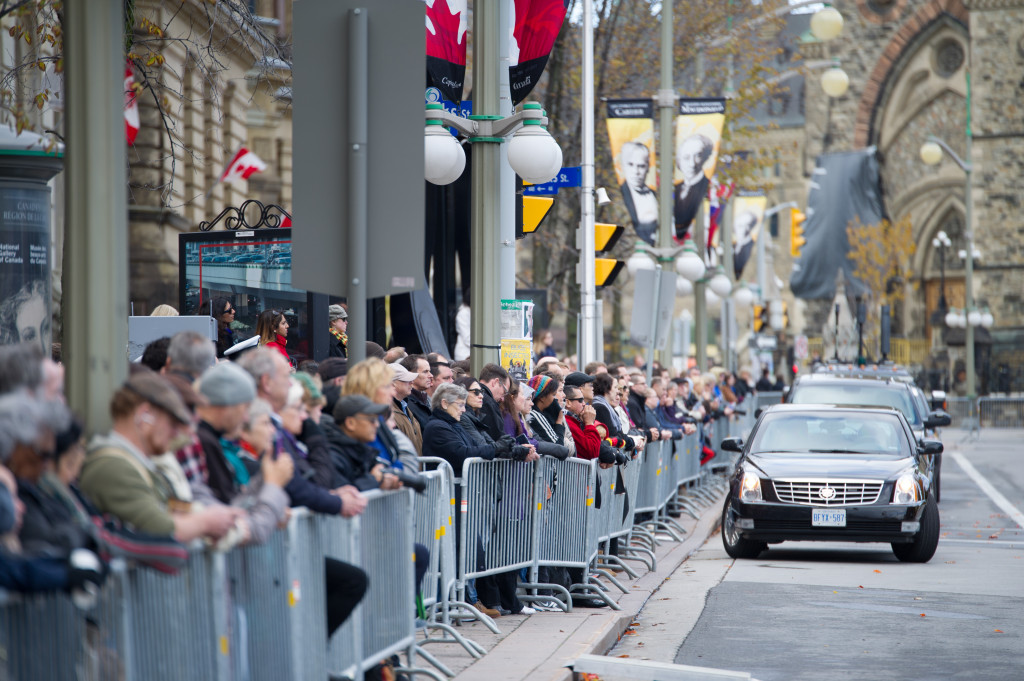 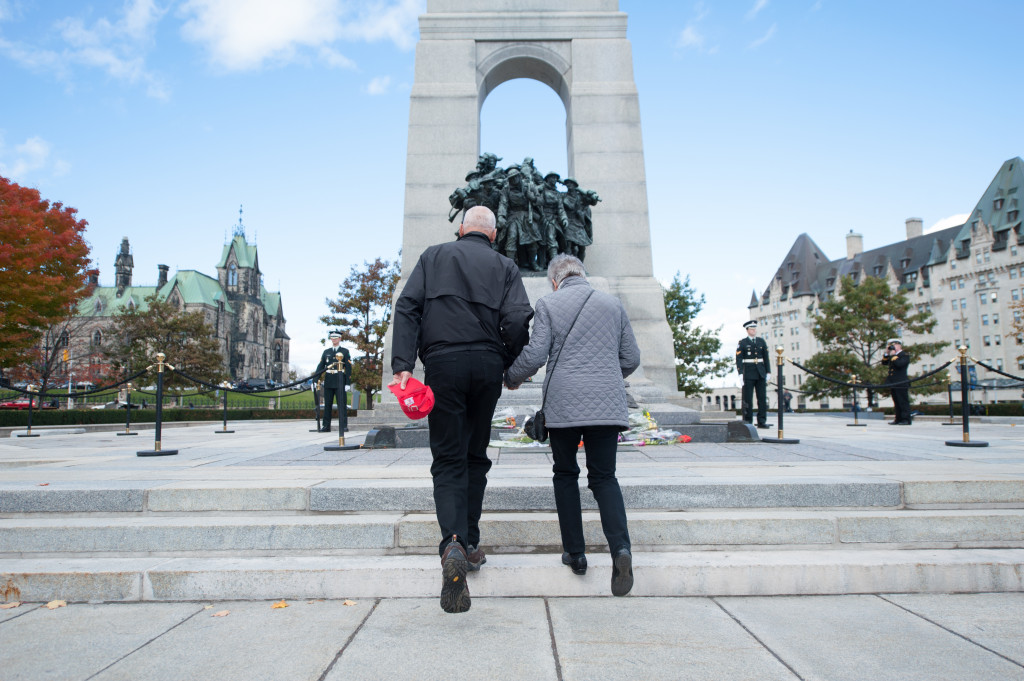 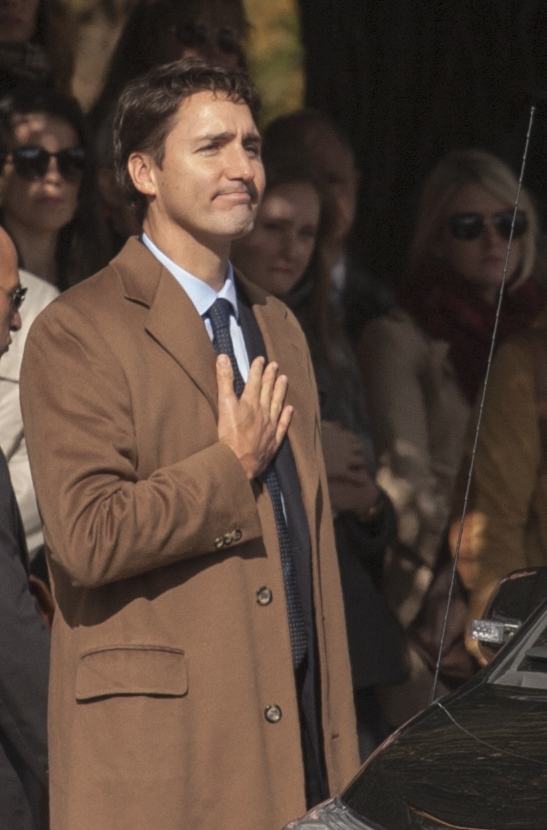 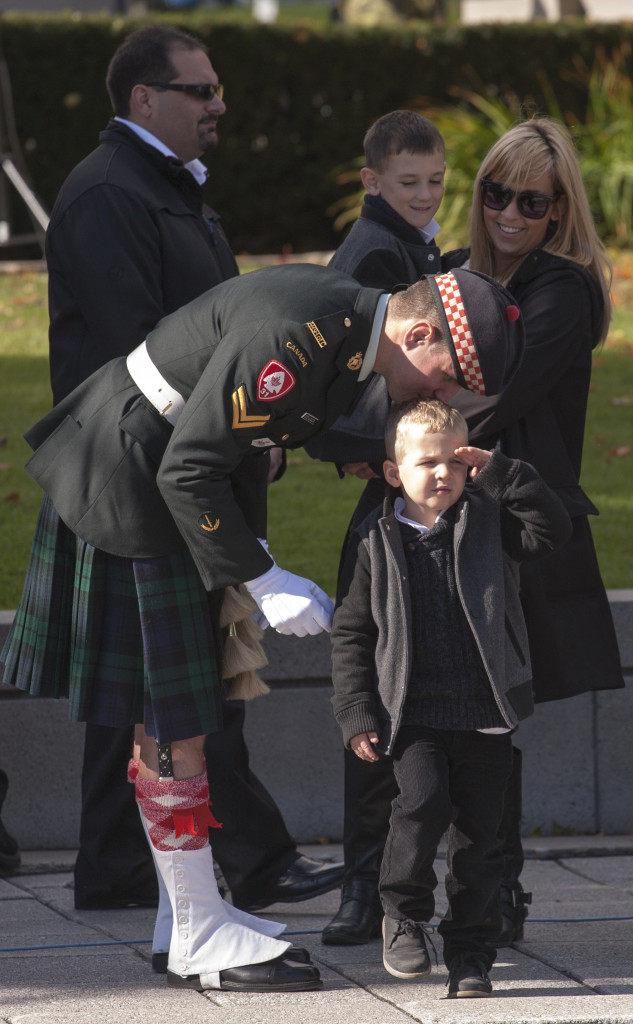