Thousands celebrated on the streets of downtown Ottawa as the 30th Capital Pride week concluded with a massive parade. The large turnout lead to the parade finishing 30 mins behind schedule. Several religious groups picketed the parade, some of whom were met with backlash from pro LGBT demonstrators. August 23, 2015. 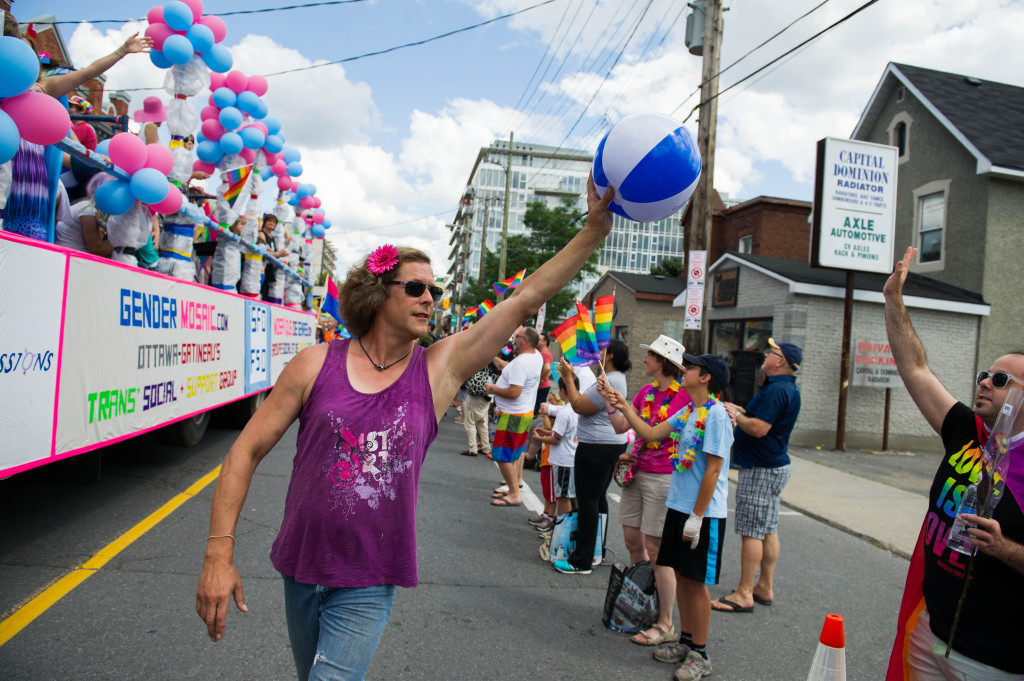 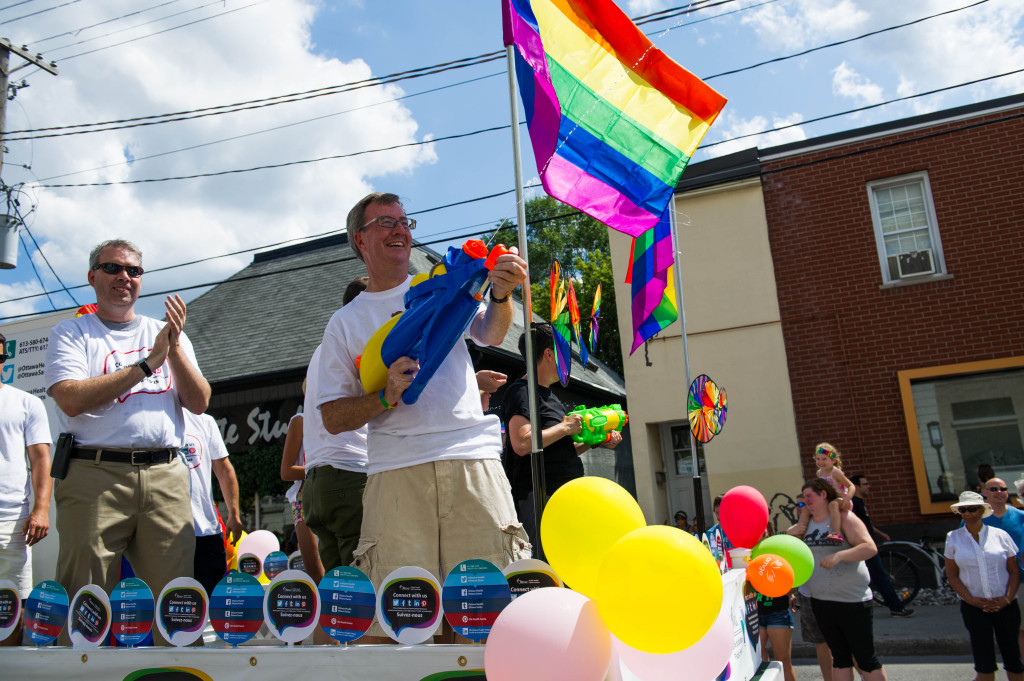 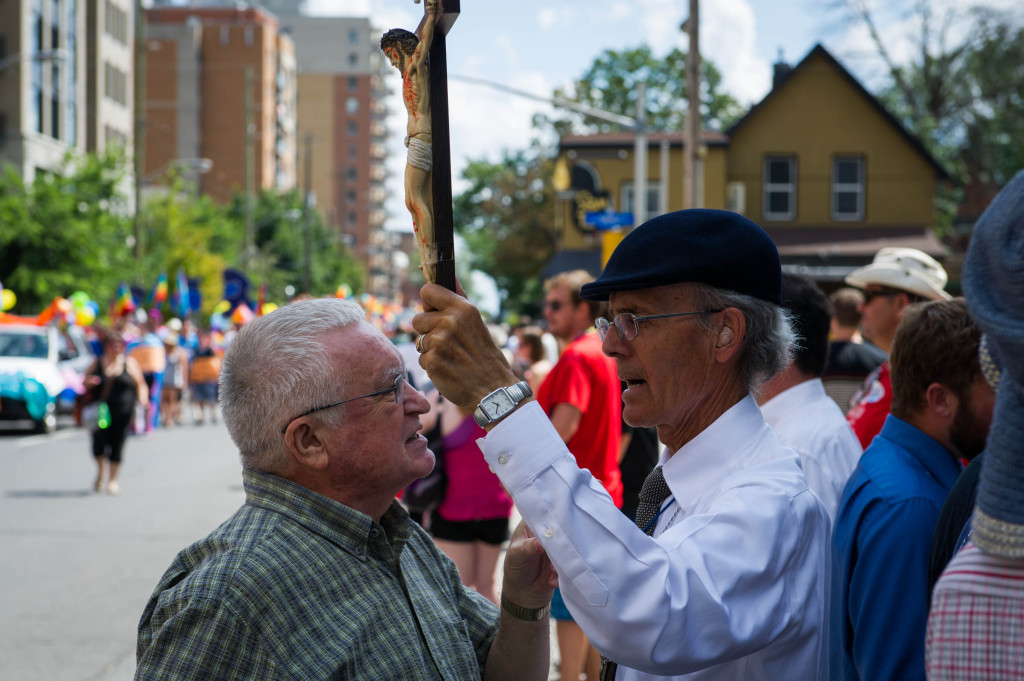 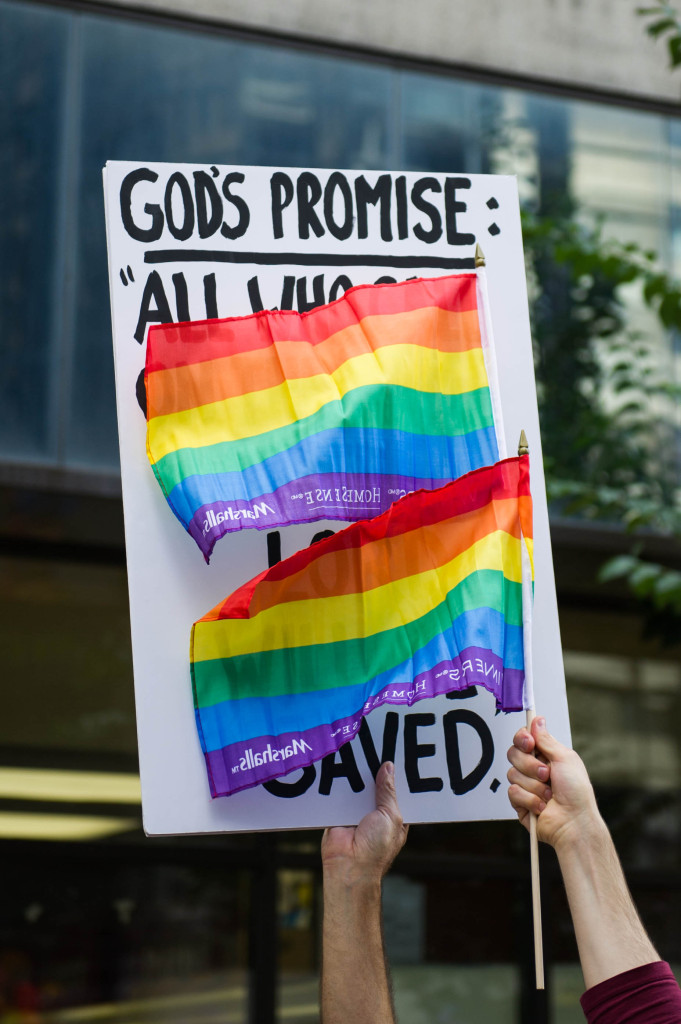 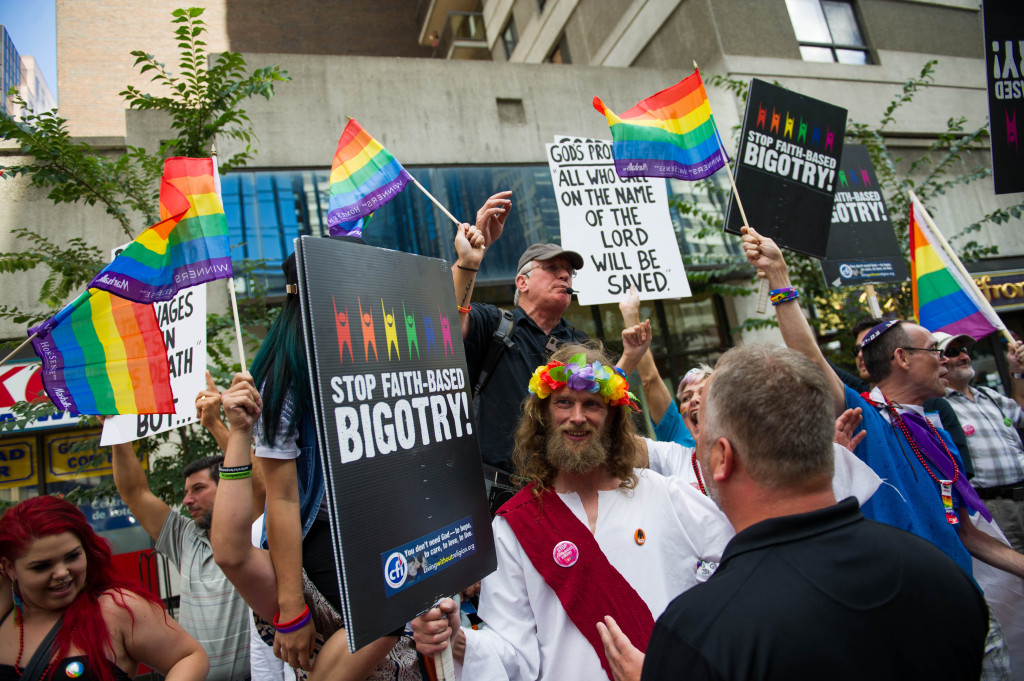 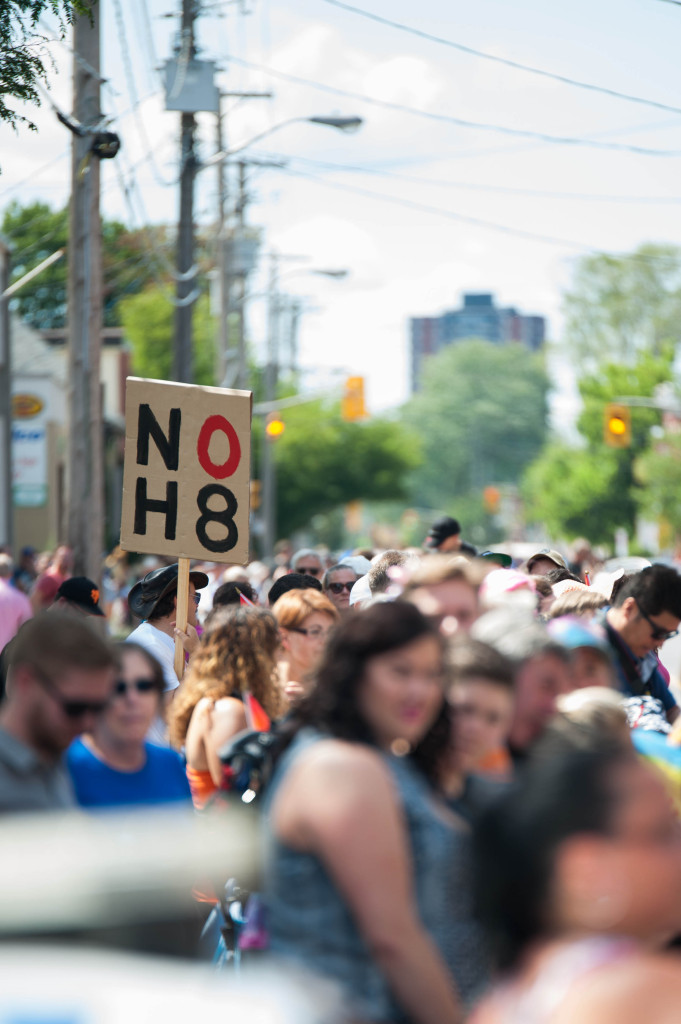 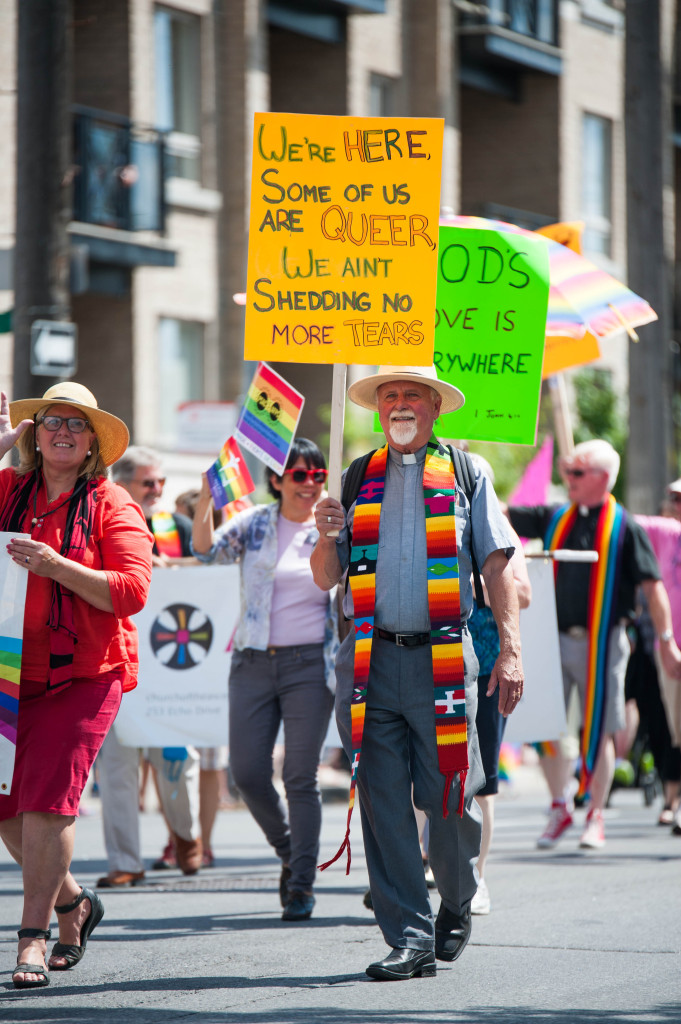